A couple of days ago I found a list written on one of Miss I’s notebooks. It sported the title: PDK – Personal Disaster Kit. And then, striked out, . I asked if I could read, and by the end of it, I was in tears. This is what she wrote. 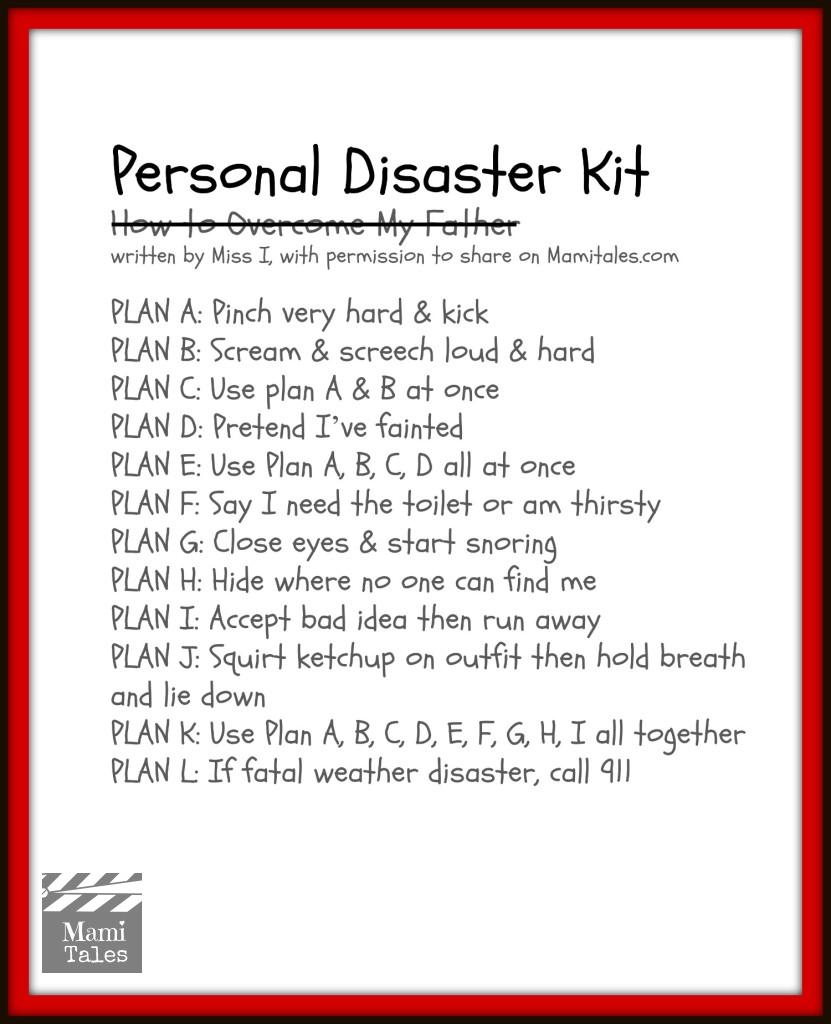 I asked her if I could share on the site, and she said I could… but she wanted to let me know that she had taken the idea of making a Personal Disaster Kit from a book she had read at school, entitled Alvin Ho: Allergic to girls, by Lenore Look.

I looked into it and found the first two chapters of the book at Google Play, and it is on chapter two that I found the Personal Disaster Kit Miss I was talking about. This is a picture of Alvin’s Kit, which among other things includes garlic to fend off vampires and teachers, a magnifying glass to start fires and a three leaved clover (because he couldn’t find a four-leaved one). I love the fact that the main character of the book is a Chinese-American boy, and it is written in a very childlike way. The story mainly deals with Alvin going back to school to start second grade, and being able to survive such scary event.

Miss I had been asking to write some reviews on the books she likes, which I think we will start doing soon — but let’s call this the first book I’m recommending that I didn’t read myself in full…

Have you ever had a Personal Disaster Kit? What would you put in yours?

Worked in film and TV for several years before having my two wonderful children. Now I try to bring that creative input into my home to raise my kids. Hope you enjoy following this journey!
View all posts by Erika →
Tagged  Funny, Miss I's Book Review, Miss I's Journal.
Bookmark the permalink.