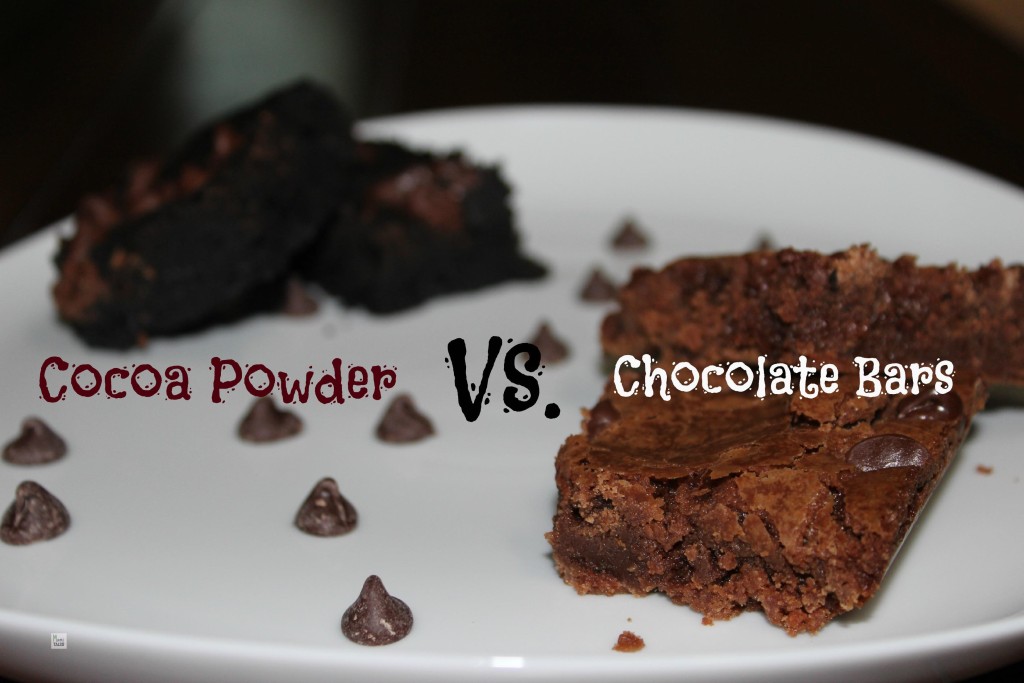 Yesterday was Friday again, which means it was our weekly cooking class with the kids! This week we had Mr. J with us once more, as he had been asking to be part of the class again since last week. Because of that, I decided to do something he’d like — and that meant chocolate. After looking through different ideas, I chose a brownie recipe from Abigail Johnson Dodge‘s recipe book “The Weekend Baker,” which I absolutely love. I bought this book about 10 years ago, when it first came out…. and I use it so frequently, it’s already coming apart! 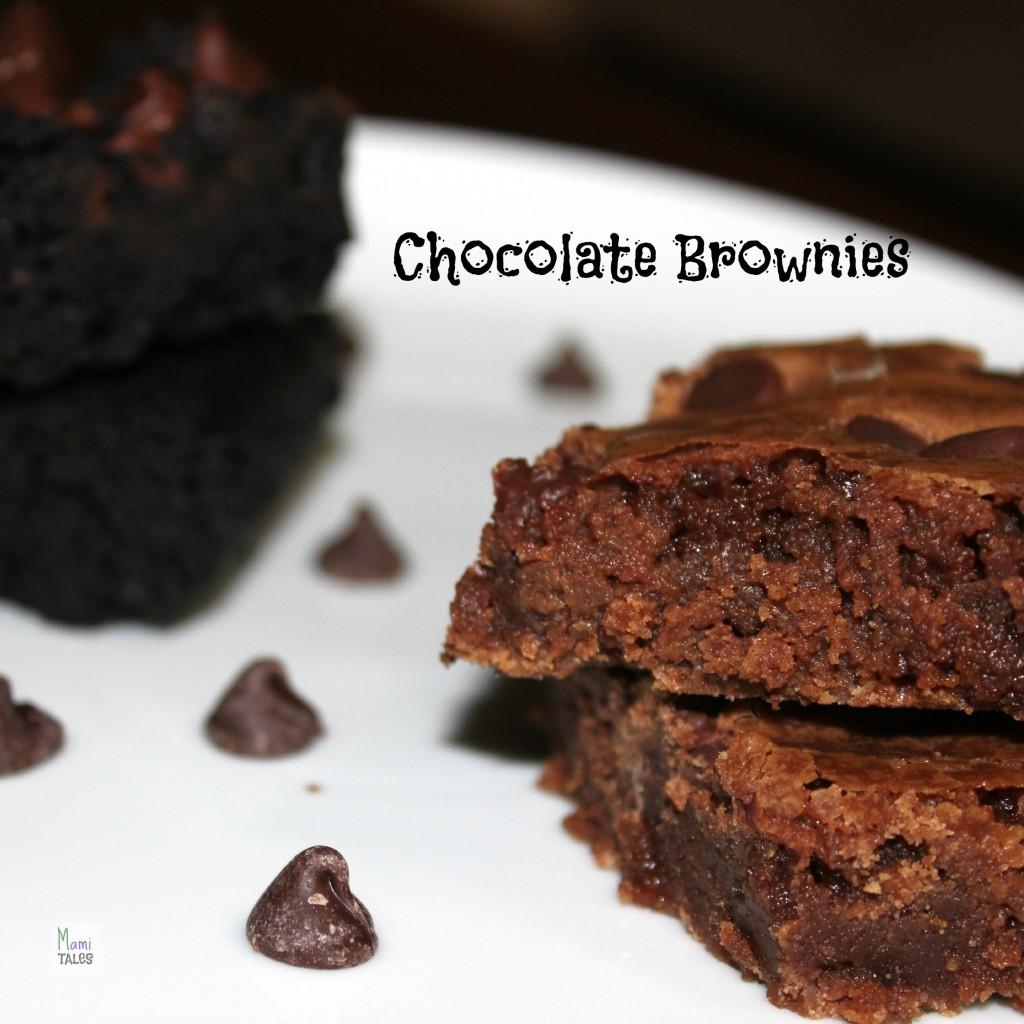 A super sweet and gooey chocolate brownie!
Write a review
Save Recipe
Print
Ingredients
Instructions
Notes
By Abigail Johnson Dodge
Adapted from The Weekend Baker
Adapted from The Weekend Baker
Mami Tales https://mamitales.com/
The first difference we noticed with our experiment was the texture of the dough. With the cocoa powder, the dough was tacky, while the chocolate bar made a very smooth dough closer to a cake batter. 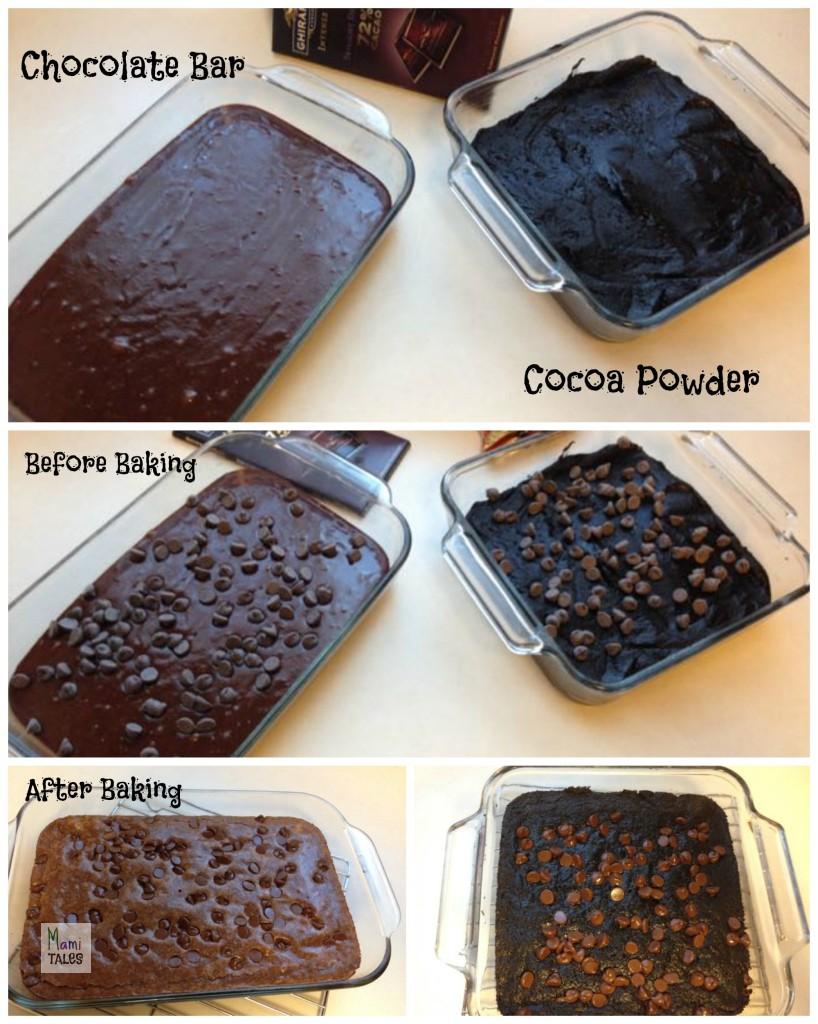 Once it was done, the texture and color of the chocolate bar dough looked a lot more appealing to the eye. It was really hard to keep the little ones in check for the brownies to cool enough! As soon as it was less hot, I cut them and put them in plates for them… they were still very gooey, but at least that way they would cool off a lot faster.

Armed with forks and glasses of milk, they proceeded to attack the brownies, in order to give a verdict on which one was better. 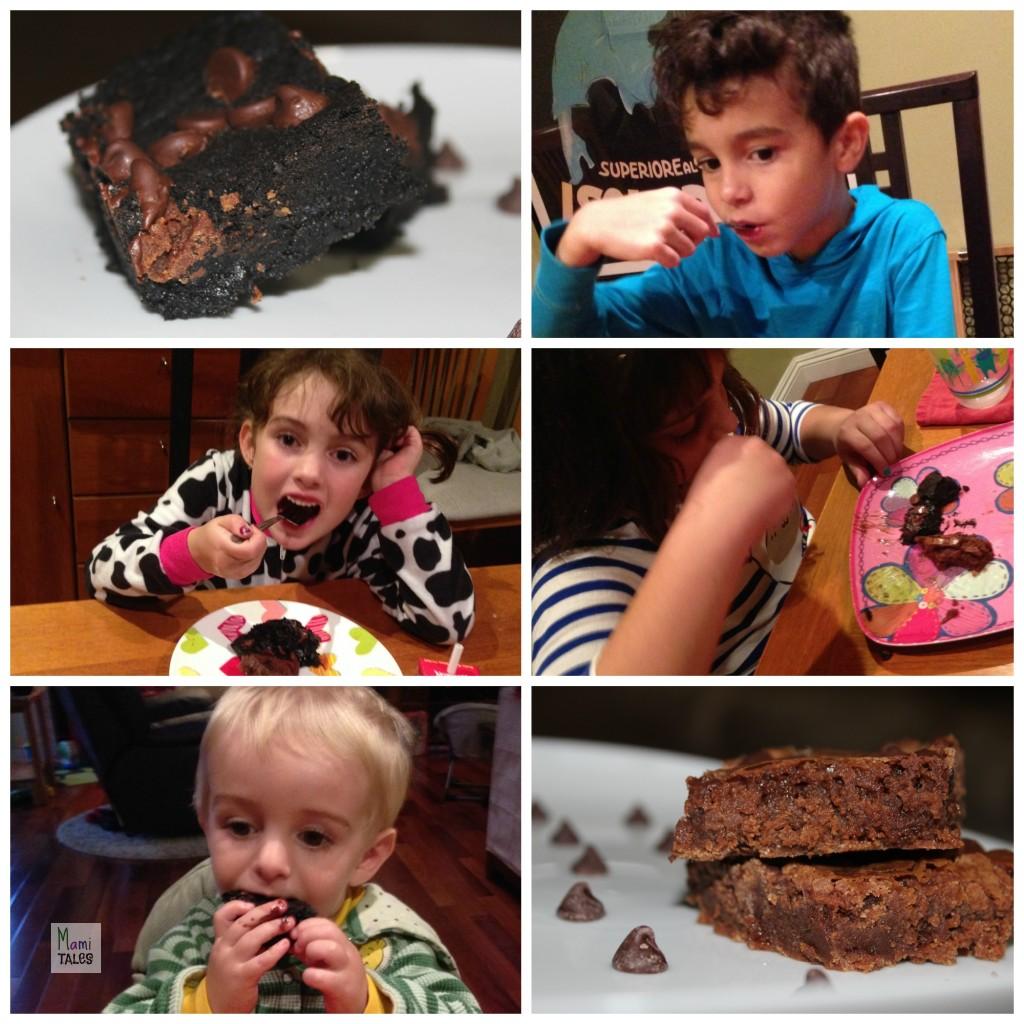 Little Miss I was in charge of the chocolate bar batter, so of course she said she liked that one best. Miss Z (in charge of the cocoa powder one), said she liked hers better. Mr. J said he liked both of them a lot, but he liked the cocoa powder one most (his words). Tiny A just happily munched on every single piece of chocolate that came his way. I did like the cocoa powder better too, despite the looks of it. The chocolate flavor of it was a lot fuller, and less sweet. My husband thought so too. I guess that if I were to do this brownies again with chocolate bars, I would definitely cut back on the amount of sugar for the batter, as well as use a nutty topping, instead of chocolate chips.

All in all, we enjoyed the experiment a lot, and now the kids know how to make very gooey packed-with-chocolate Brownies!

Worked in film and TV for several years before having my two wonderful children. Now I try to bring that creative input into my home to raise my kids. Hope you enjoy following this journey!
View all posts by Erika →
Tagged  Baking and Cooking, Cooking with Children, Desserts, Science for kids.
Bookmark the permalink.