The fate of a kingdom rests on the shoulders of three young wizards who couldn’t be more different.

Bakari is a brilliant scholar wizard who’s more at home in a library than a battlefield. Alli is a beautiful young battle wizard who’s grace in battle is both enchanting and deadly. Roland is a counselor wizard with a seemingly limitless depth of untapped power — and the ego to match it.

As the magical barrier protecting the kingdom of Alaris from dangerous outsiders begins to fail, and a fomenting rebellion threatens to divide the country in a civil war, the three wizards are thrust into the middle of a power struggle.

When the barrier comes down, the truth comes out. Was everything they were taught about their kingdom based on a lie? Will they all choose to fight on the same side, or end up enemies in the battle over who should rule Alaris?

The Dragon Orb, the first installment of the Alaris Chronicles by Mike Shelton, follows the story of three teenagers: Bakari, a scholar wizard; Allison, or Alli, a battle wizard apprentice; and Roland, a counselor apprentice. These three kids have shown immense powers and promise as students, Bakari being the youngest confirmed wizard. Alaris is a society that rests on the balance of power between wizards and regular people through a judicial system. There’s no king of the land, but appointed judges that rule in an almost-democratic society. However, this balance is being threatened; the magical barrier that protects all Alaris is failing and there’s rebellion and turmoil among the wizards, who want to impose a king and get rid of the political system.

The Dragon Orb is full of magic and adventure, and a way for younger readers to get a peek into the world of politics. The book is a strange combination of a Dungeons and Dragons adventure with Game of Thrones, but with kids as the movers and shakers of the story — and with a PG rating. It is a very easy read, a page turner. I love the fact that the protagonists of this story come in all colors, shapes and sizes, and that our leads are not your usual all-white characters. As mentioned before, the world where our characters inhabit borrows from already established fantasy folklore; from Lord of the Rings to the Wheel of Time series. The biggest innovation on these series by Mr. Shelton is the inclusion of how politics work (hence the Game of Thrones reference), but accessible for a younger audience.

This book is perfect for older-elementary school children, from tweens to teens. Fantasy lovers will enjoy the read, the younger focusing on the adventure and its young characters’ feats. It does have a few emotionally charged parts and violence, so I’d recommend caution for the youngest readers. For my part, as a fantasy fan, will very much enjoy to see how this series evolves and can’t wait for my daughter to read it too. 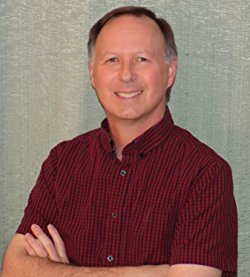