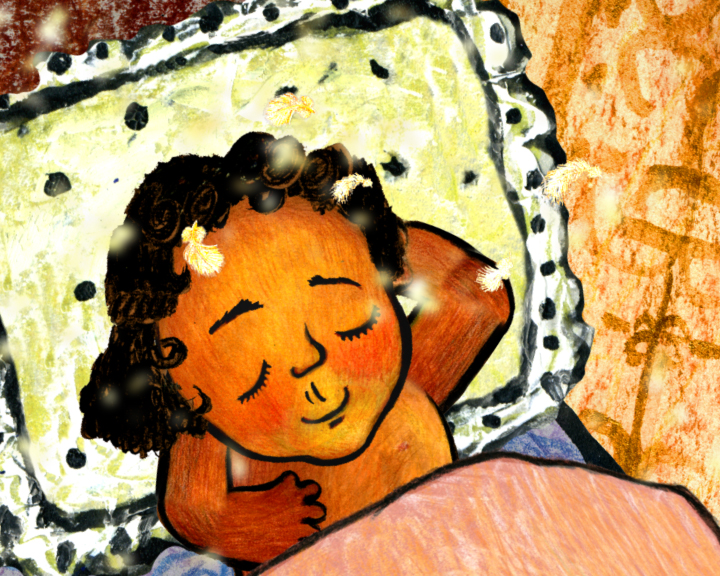 I love lullabies. And I really love world lullabies, exploring different languages and styles of music. This is a little story about how I stumbled upon a really beautiful project by a Russian company which has been posting their work in youtube for more than 5 years now.

When Little Miss I a little over a year old, we had my sister in law in town for almost a month. Back then my SIL was 15 or 16, and very much in love with her ipod. One day, while watching my little one while I cooked, she showed Little Miss I a Turkish lullaby that she had found on youtube. My daughter was taken by the music and the colors of the animation. We didn’t really let her watch TV back then, but this was art in movement. I saw that there were also other videos posted, with more lullabies from around the world. The company’s name was Metronome Film, and they were out of Russia. I don’t speak Russian, but I managed to find the different countries and videos they, or other people, had uploaded.

As I understand it, they decided to take lullabies from different countries and animate them using colors, art and story lines to illustrate each culture — all set to a very basic flash animation. The result is a collection of world lullabies which is almost naif looking and hauntingly beautiful.

For many months these lullabies helped soothe and lull my little one to sleep. She outgrew them, but I did look for them again now that Tiny A is starting to show a keen interest in music. So I went on to youtube to look for Metronome’s World lullabies, and found that they now had the youtube channel, and they also had more lullabies they had worked on since Little Miss I was a baby. Here’s the Mexican one they just did, inspired by the Day of the Dead and using a lullaby in Nahuatl:

I’ve been wanting to write about this project and add links to the videos for quite a while, so I hope you enjoy them too! Here’s the list I put together with my favorites on my youtube channel, starting with the Turkish lullaby that began it all:

Worked in film and TV for several years before having my two wonderful children. Now I try to bring that creative input into my home to raise my kids. Hope you enjoy following this journey!
View all posts by Erika →
Tagged  Baby.
Bookmark the permalink.