Finally weaning baby from the breast 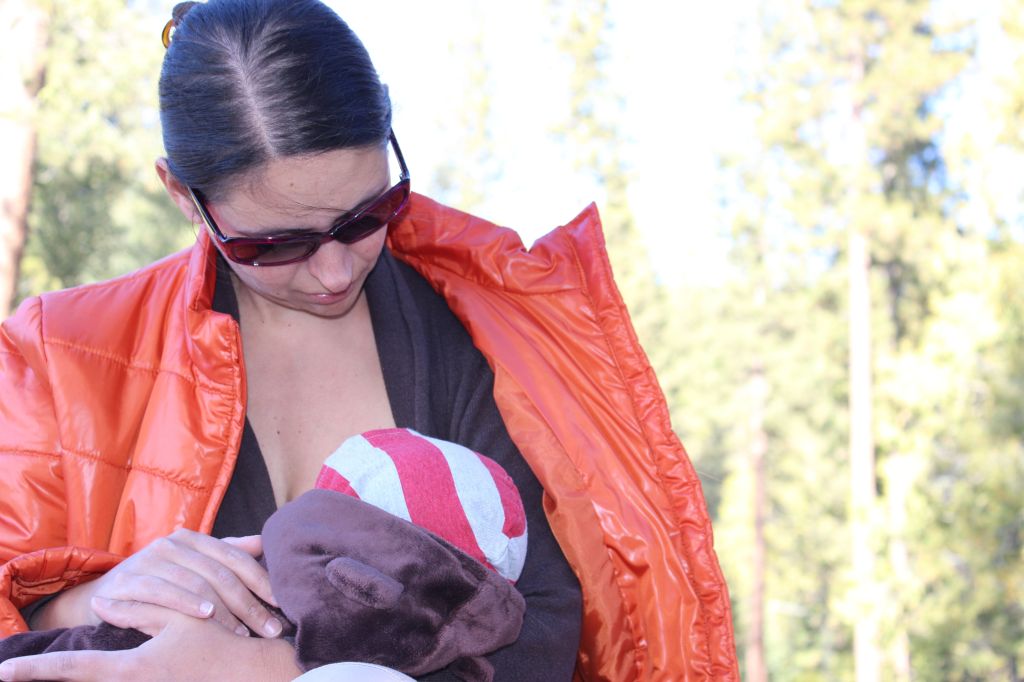 Tiny A is now a year old, and ever since he was born my intention was to breastfeed him for a year, then wean him to cow’s milk after his first birthday. However, you can always plan all you want… but having babies, you have to be ready to throw all your plans out the window.

Just as Tiny A turned 11 months, I took both kids on my own to Mexico for a month – thus shattering all sense of routine and comfort for my little one. In Mexico he flat out refused to take the bottle (he had been exclusively breastfed for many months, and I think he had his last bottle when he was about 7 months). So he would not take bottles, nor anything that wasn’t my breast. As he is a pacifier baby, he didn’t use to have a problem with the bottle — but as in Mexico bottle became equal to me not feeding him, he started refusing it.

Once we came back home, I decided to give it a couple of weeks – between coming back home, his birthday and all – to actively begin the weaning process. I tried with regular milk in a sippy cup, but he was not interested in it. Then we had another week-long trip to visit our family back east, and I had to put the weaning efforts back on hold. By that time, we had already reduced the number of breastfeeding sessions to 4 a day. For a baby who would breastfeed on demand, that was a huge step for both of us.

My main concern at that point was that I felt he wasn’t getting enough calcium. I talked to his pediatrician and she said that as long as he was eating yogurt, cheese or other calcium rich solid foods, he’d be fine. She even said there are some kids that don’t like drinking milk or milk substitutes at all — but if my baby was eating well and getting the needed nutrients in other ways, it was just better to not to antagonize him with the milk.

I let the whole thing rest for a week, then decided to try with different types of sippy cups and bottles to see if the problem was the milk itself, or the method of delivery. At that point I kicked myself for having given all our baby bottles away, thinking that my baby was super good drinking water out of a sippy cup and he wouldn’t need them anymore!

After trying with regular hard-spout sippy cups (Tomee Tipee, Evenflo, Playtex), last week I got a soft spout Nuk sippy cup to transition from bottle to cups. I warmed up some cow’s milk and gave it to Tiny A mid-morning, when he used to have his second breastfeeding session of the day. He snuggled in my arms and drank the entire bottle, while I held it for him. That marked the dropping of the day feeding, so now we’re down to just two breastfeeding sessions a day: morning and night. I also bought a Tomee Tipee bottle, and a set of high-flow nipples. I tried those yesterday, and realized my baby preferred the low-flow nipples that are for age 0-3 months! Both yesterday and today he drank 8 ounces from the bottle in 10 minutes, snuggled in my arms.

The good thing about going so slowly with this process is that the weaning period has also been pretty gentle for me. I haven’t felt discomfort and my milk production has definitely gone down. I hope to be done soon to have a little more freedom and flexibility, but on the other hand I do love my breastfeeding sessions while cuddling my little one and reading a book. However, regardless of his age, I know I’ll hug and snuggle my Tiny A to sleep for as long as he wants — you should ask his sister!

Worked in film and TV for several years before having my two wonderful children. Now I try to bring that creative input into my home to raise my kids. Hope you enjoy following this journey!
View all posts by Erika →
Tagged  Baby, Baby products, Breastfeeding, weaning to solids.
Bookmark the permalink.