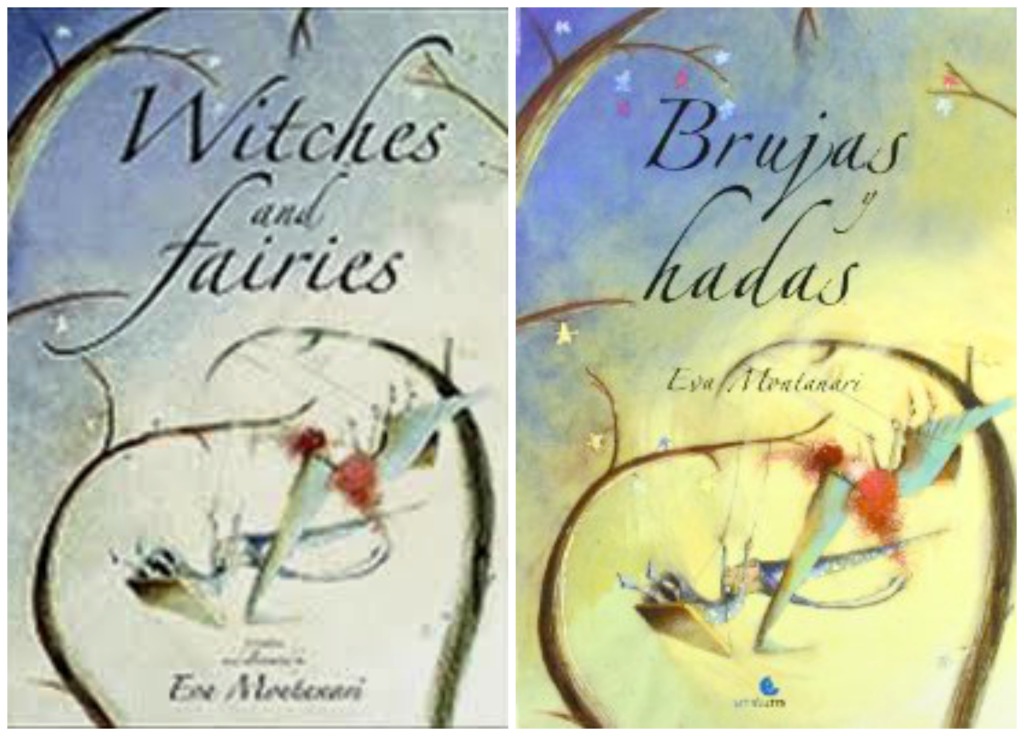 Tomorrow’s Halloween, and I remembered I had Witches and Fairies by Eva Montanari, both written and illustrated by her. I had to write a review, in order to bring this little gem to attention. It is an import and it can be found both in English and in Spanish.

The book tells the story of Clotilda, a girl who has a hat too pointy to be a witch and no stars in her dress or hat to be a fairy. So she just has to make do watching witches and fairies play from the distance. However, the story takes a fun twist in which everyone find themselves being exactly in the same position as Clotilda, and finally can empathize with her and accept her for who she is.

I love the art, and I love the story. As a child I found myself so many times feeling like Clotilda — feeling like I didn’t belong and not being accepted for not fitting in. In a very simple and child friendly way, Montanari gives everyone a taste of what this little outcast feels like. 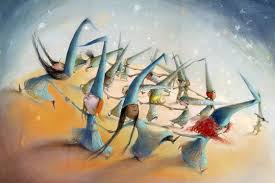 The illustrations in the book are stylized and full of color. It is a magical world inhabited by long black cats, enchanted princes and tickling stars.

Worked in film and TV for several years before having my two wonderful children. Now I try to bring that creative input into my home to raise my kids. Hope you enjoy following this journey!
View all posts by Erika →
Tagged  Book reviews, Inspiration for Kids.
Bookmark the permalink.