Movie Class – If I had a Super Power… 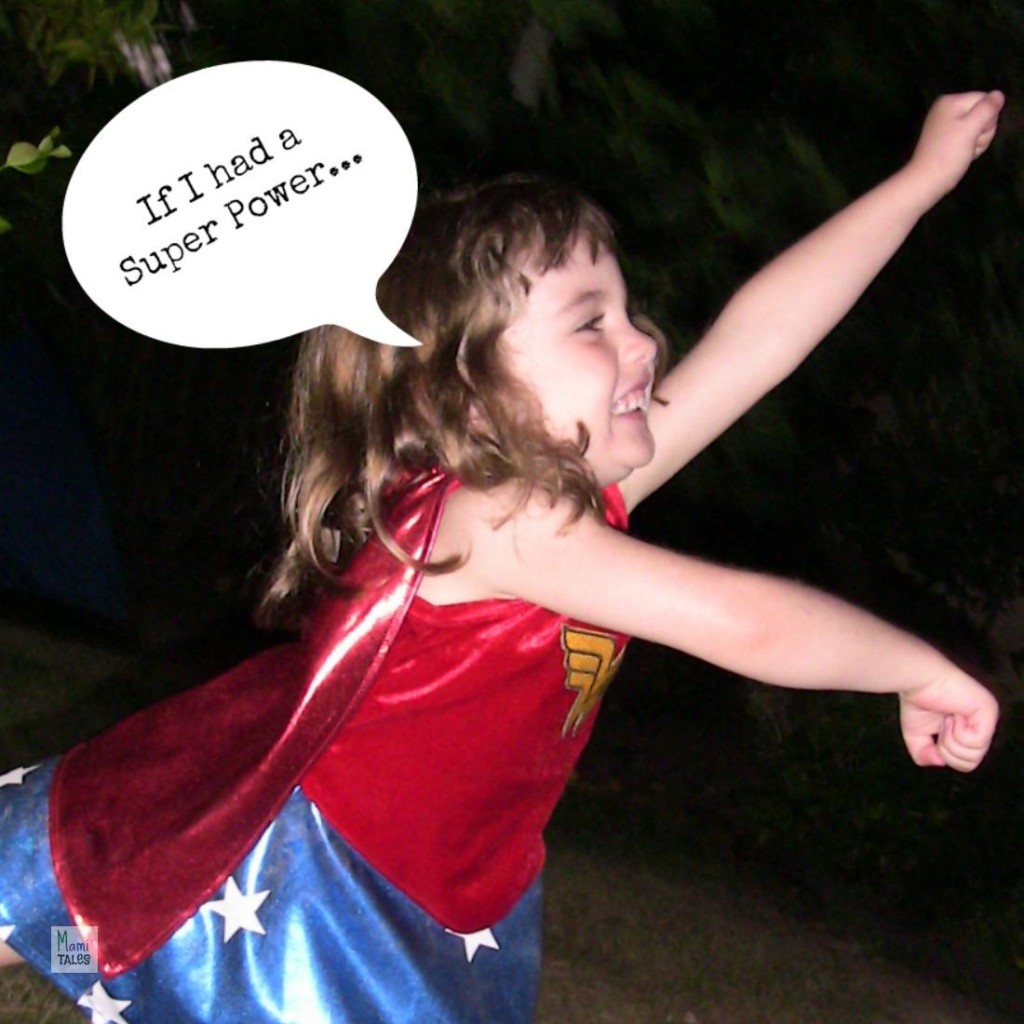 After last week’s exploration of why conflict is important in telling stories, today we had the first script written down. And this triggered the search for “If I had a super power… what would it be?”

Little Miss I diligently wrote down her story for the class in the form of dialogue, so we started out by reading what she had written assigning characters to everyone. Here’s what she did: 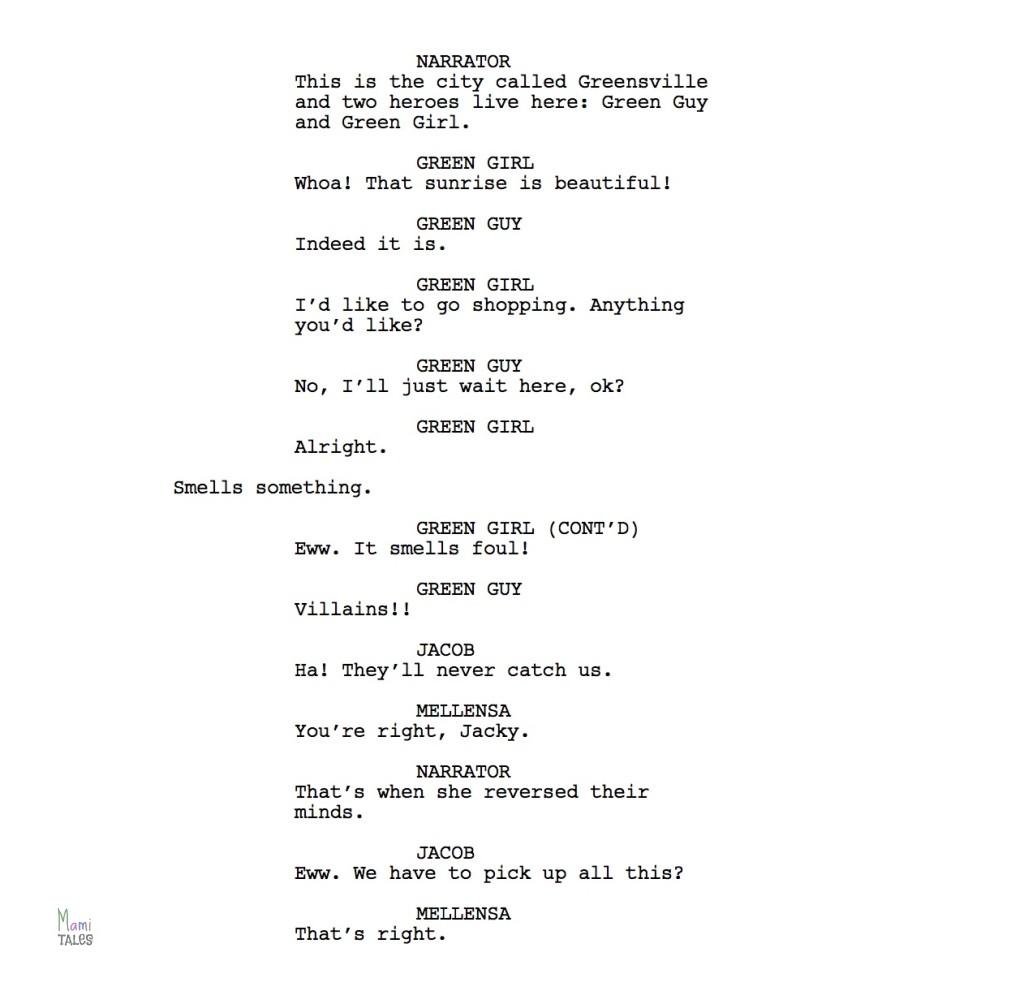 We all read it and then commented on it. We had Miss Z leave our class, so it was only the two guys and me, but we all talked about Miss I’s script. They liked it, but we all felt that we needed more action on it. That got us talking about conflict, once more. I decided to show them an episode of Powerpuff girls, so that Miss I could see how a super hero story developed. What she was missing in hers was giving her heroine and her squeeze super powers, and then using them in order to vanquish the villains. She had chosen to solve the problem in a very easy and action-free way, thus hurting her story.

After seeing the episode of the Powerpuff girls, they all analyzed what made it fun and exciting. It was all about the three girls experimenting with their powers — a sort of super hero stand-off. As Miss I had chosen to do things in her script that could not be seen (like the trigger with the villains being smell, and the resolution being a mind-reversing trick), we had to find ways to make her story visual.

The guys brainstormed on what power they would give an ecological Super Hero. Mr. JS said green slime, and that triggered an idea for Miss I to use. Mr. J said super-speed, so that she could pick all the trash and hit the villains, but Miss I was not drawn to that. Seeing them so engaged into the idea, I asked them to write a paragraph talking about if they had a super power, what it would be, what they would do with it, and why they would chose that power in particular. Here are their stories:

If I had a super power it would be Ice power, because I could save wild fires and I could keep cold on super hot days.

If I had a super power it would be a super ninja power, because I could be sneaky.

This got their creative juices flowing. We next talked about Mr. JS’s story, which is about three animal friends who want to play football, but the field is all muddied up. He will be bringing the version with dialogues next class, so we can work on his.

Mr. J was still stuck with the idea of doing two groups trying to decide what to play. As he couldn’t come up with a concrete conflict and a resolution, we acted out a possible scenario. Miss I said she wanted to play something, Mr. JS wanted to play something else. Mr. J wanted to play yet another thing. Mr. J couldn’t make them come to an agreement. In the end, he realized that his idea was too open ended and a lot harder of a conflict than he anticipated… so he said he was going to take his story on the super power to do something from there. Next class he will be bringing dialogue too.

In the end, we revisited the idea of conflict and introduced the idea of visual writing — film is a visual media, and therefore you need to be able to SEE things. It will be very interesting seeing how their stories and scripts keep developing. in the meantime, if you had a super power, what would it be and why?

Worked in film and TV for several years before having my two wonderful children. Now I try to bring that creative input into my home to raise my kids. Hope you enjoy following this journey!
View all posts by Erika →
Tagged  Funny, Inspiration for Kids, Movie Class.
Bookmark the permalink.