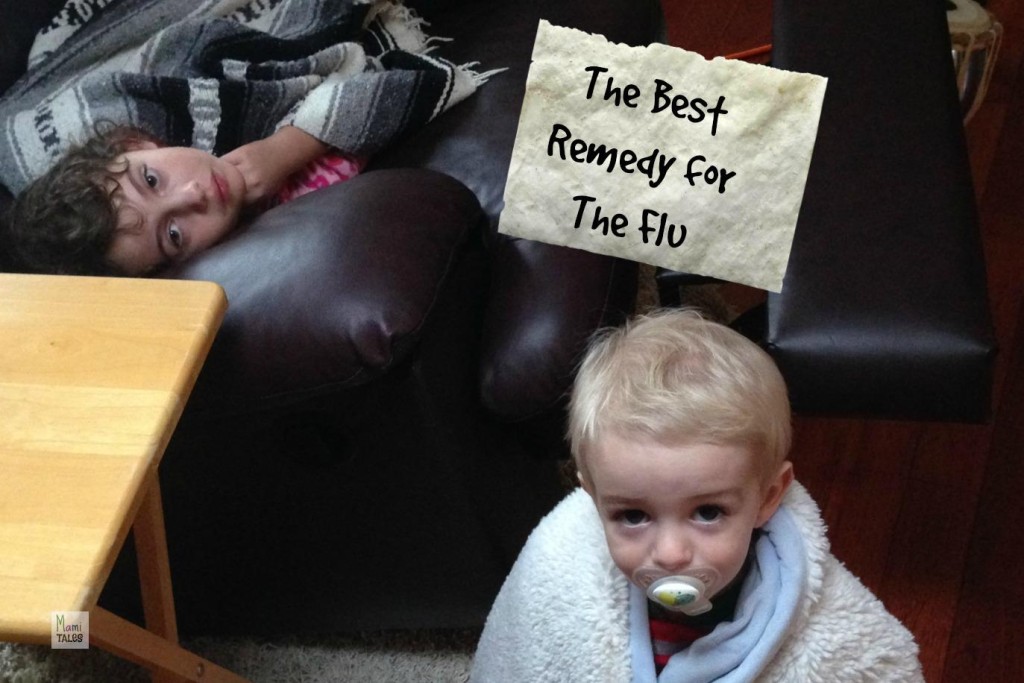 A couple of weeks ago, the Influenza A epidemic going on in SoCal got us… at least, it got my eldest daughter — and fortunately no one else! And believe me, it wasn’t easy, as you’ll now see.

From one second to the next, Little Miss I started feeling achy and tired, then the next morning she woke up with a high fever and no energy, and she was not hungry at all. There had been a few cases of the flu at her school, and I had gotten a call a few days before from Kaiser Perrmanente about the large number of cases of flu reported and to try and stay home if the case didn’t warrant hospitalization. Therefore, I was not very surprised by the illness, just bummed. My dad and his wife had just arrived the day before, and they were only visiting for a week. But health is the most important thing. After brushing up on my knowledge of the flu with this wonderful book I got when Little Miss I was born, I was ready to go. 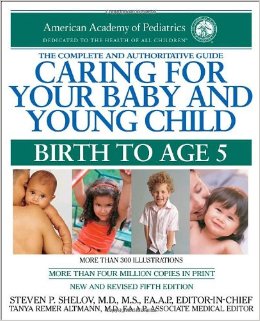 First of all, the saying goes “feed a cold, starve a flu,” so I didn’t push it with the food. As long as my daughter was hydrated and her fever under control, making her comfortable and calm was all she needed. All I had to do was basically check her temperature, give her acetaminophen if she was too achy or her fever was too high, and then keep reminding her to not jump about as she felt better. But the most important part of all was to keep her and her brother apart, so that the baby wouldn’t get the flu too. Such a feat was mainly accomplished by playing musicals on TV. At the end of the first two days, my 17 month old toddler was dancing and singing all around the house, thinking that the normal course of action in real life is to burst out into song.

After the second day, the vomiting started — and also the Pedyalite, Ginger Ale and Jello. Miss I managed to keep her liquids down for most of it, and she didn’t show any signs of dehydration nor worsening symptoms. The flu is a virus, and as such, there really is not much more you can do but let the body fight it off, keep the patient’s fever under check, and well hydrated and comfortable. Her case did not warrant taking her through the ordeal of going to the doctor and getting a prescription for tamiflu, which is the only thing that actually works against a flu virus.

Towards the end of the second day I asked my dad to look after the kids so I could go buy more acetaminophen — and also stock up on the baby version of the medicine, just in case. As I was shopping around, I saw a little Beanie Boo. My daughter loves those things, but she has so many stuffed toys we had her under strict orders of not getting a single one more — if she wants a new stuffed toy, she needs to donate or give away one of her old ones. However, I couldn’t resist getting that big-eyed panda with doey eyes for her. It was a special thing, and she had been really good staying away from her brother. So Mandy the Pandy came back home with me.

When Little Miss I saw her panda, she was all happiness and joy. Funny enough, that very night her fever broke and she was on the mend the very next morning.

Tonight, as I was putting her to bed, she was hugging Mandy to go to sleep. She then turned and said: “Mommy, thank you so much for getting Mandy for me. She really was the best remedy for the flu. She cured me!” After that, I had to come to my computer and share the story. Definitely the power of the mind is amazing. And the best flu remedy is still Tender Loving Care.

Worked in film and TV for several years before having my two wonderful children. Now I try to bring that creative input into my home to raise my kids. Hope you enjoy following this journey!
View all posts by Erika →
Tagged  Baby products, Family, Healthy kids.
Bookmark the permalink.