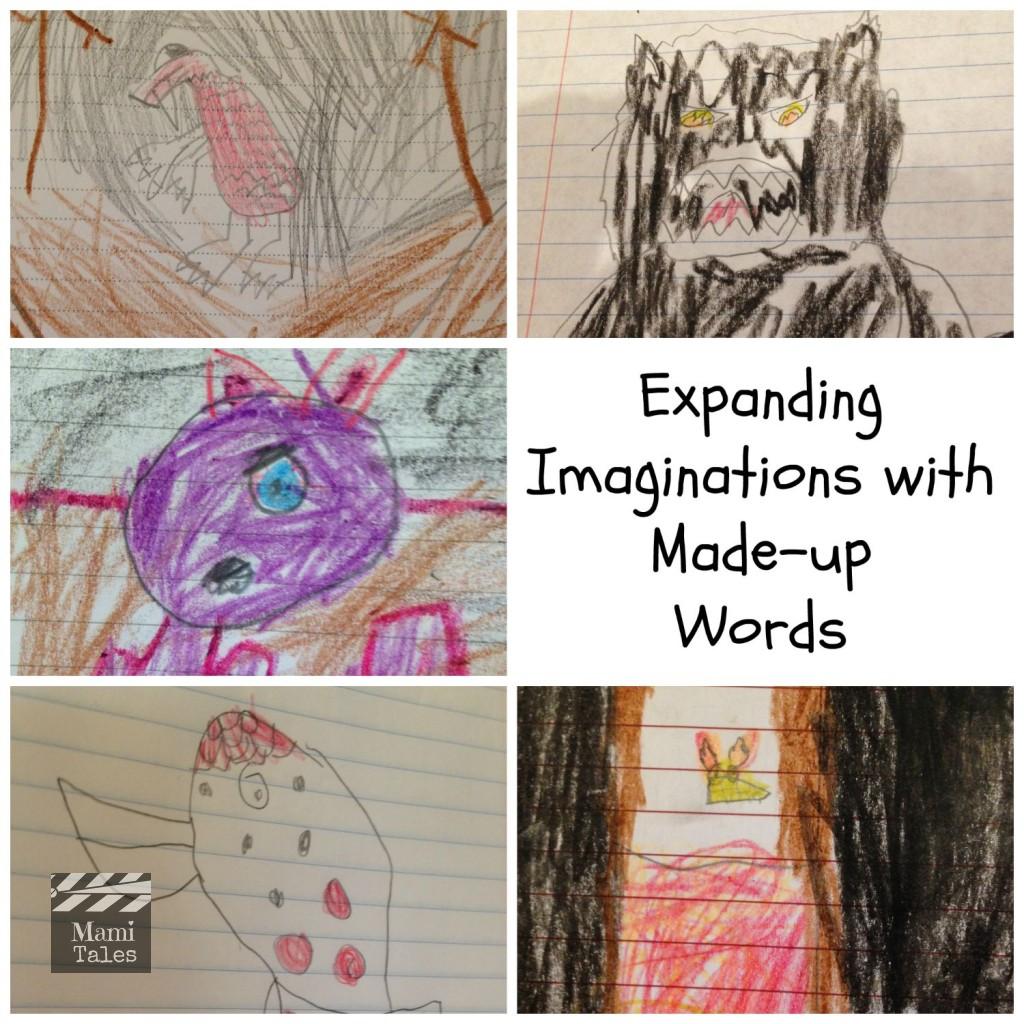 This marks the last class for the summer for our Writing group. We will continue meeting and writing, but I’m not sure yet which direction the workshops are going to go. To say bye to our vacation, we dove into writings by wonderful authors who created their own made-up words to express themselves. For the children I used Lewis Carroll’s Jabberwocky. We read the poem a couple of times, and then I asked the children to draw a picture of what they thought the Jabberwock looked like, and then describe in their words their pictures.

’Twas brillig, and the slithy toves

Did gyre and gimble in the wabe:

All mimsy were the borogoves,

And the mome raths outgrabe.

“Beware the Jabberwock, my son!

The jaws that bite, the claws that catch!

Beware the Jubjub bird, and shun

He took his vorpal sword in hand;

So rested he by the Tumtum tree

And stood awhile in thought.

And, as in uffish thought he stood,

The Jabberwock, with eyes of flame,

Came whiffling through the tulgey wood,

And burbled as it came!

He left it dead, and with its head

He went galumphing back.

“And hast thou slain the Jabberwock?

Come to my arms, my beamish boy!

He chortled in his joy.

’Twas brillig, and the slithy toves

Did gyre and gimble in the wabe:

All mimsy were the borogoves,

And the mome raths outgrabe.

The kids drew amazing pictures, and described the Jabberwock in many ways. One said he had fiery eyes, but his body was invisible. They all got the foreboding figure of the Jabberwock and his terrible jaws. This is what Miss I drew and wrote. 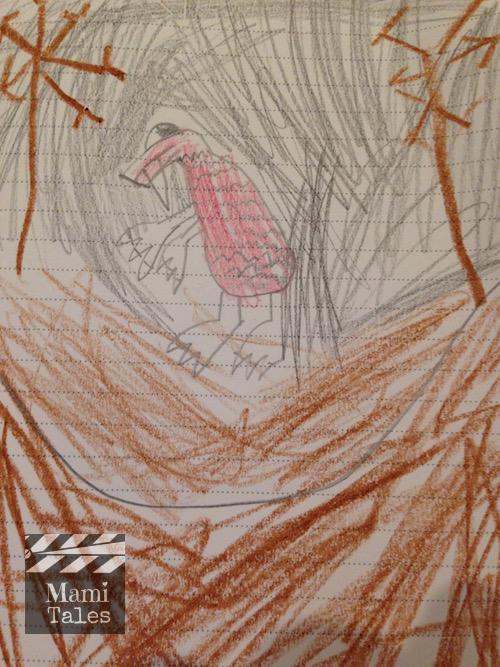 The Jabberwocky is a creature that lives in dark skies and mud. It has dangerous fangs and claws, so you shouldn’t go near it. Its eggs are usually muddy.

For the adults workshop I had the perfect piece in mind… but it was originally in Spanish. Fortunately I found a really great translation that worked perfect for our exercise. I asked everyone to listen carefully and then write, using their own words, what they thought the passage was about. Here’s the original:

Because of the suggested tone of the piece, I decided to post my own take on it in a separate post, which you can read here.

Once we all read our takes on the passage, it was amazing to see all the different directions our imagination took us. One of us wrote about music. Another one wrote a fantasy piece set in the dark forest. Another writer and I wrote more on a more sensual tone.

Both Kids and Adults alike really ran with this little prompt. Words can transport us and open up a whole series of possibilities. The kids realized how important it is to write clearly, that way others might be able to understand easier what we are trying to say — but they also exploded with the imagination of trying to reinterpret the made-up words that they heard. And for the adults, it presented a way to flow with the musicality and suggested meaning of the invented words to create a word with meaning of their own.

This summer of writing has been a wonderful experience for me, as well as for the other children and adults involved. I hope you have enjoyed reading our journey with us, and that it inspires you to grab a pen and write too!

Worked in film and TV for several years before having my two wonderful children. Now I try to bring that creative input into my home to raise my kids. Hope you enjoy following this journey!
View all posts by Erika →
Tagged  Inspiration for Kids, Kid writing.
Bookmark the permalink.