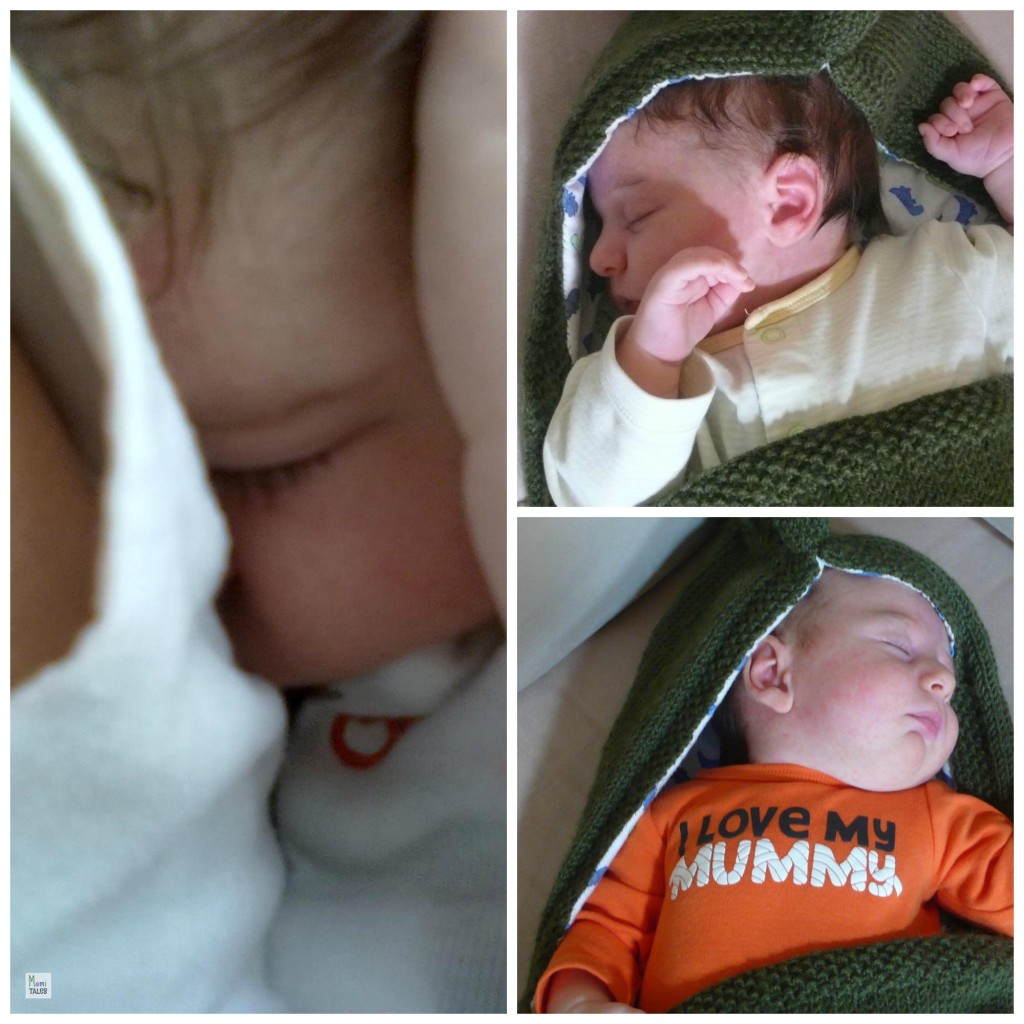 Tiny A will be turning 10 months soon, and sleep training has been a very weird experience with him. Ever since he was very little he’s been bothered by too much noise, light and sound. Everything is very interesting to him, so he needs to almost be devoid of external stimuli in order to shut down and be able to sleep.

He slept in his own room and his own crib starting 2 months, as our getting ready for bed at night was waking him up. At 3 months he started sleeping through the night, and not wake up until next morning — I would sing to him, cuddle him up and then put him to bed still drowsy with the pacifier. He’d fall asleep and wake up 11 to 12 hours later. I wasn’t even nursing him to sleep, as he was a spitter-upper, so I had to hold him upright for 30 minutes after each nursing session (which made night-feedings particularly horrid and difficult for me). Life was great and everything was perfect… until he started to sit up on his own.

Once Tiny A learned how to sit up, he’d spring up like a Jack-in-the-box at the slightest sleep disturbance. At some point we were certain he was sleep-crawling. Giving him the pacifier stopped doing the trick — he was definitely hungry. At 6 moths he also went through a cold, then a trip, then a growth spurt… which meant he was eating every 3 hours, day or night. The up side of the sitting up was that his spitting up virtually disappeared (it took some time, but by month 7 I could put him down right after nursing with nothing coming back out). I started nursing him to sleep, then nursing him in the middle of the night and putting him back down to sleep. It’s now been almost 4 months of this, and I now think that the biggest accomplishment is when he only wakes up once to feed at night. I have not tried to night-wean him as he is in the lighter side (5 percentile), and he definitely eats when he wakes up at night — not just for comfort, but really eating from both breasts. He’s eating solids during the day apart from nursing, and he eats like a champ (you can also look for the feeding posts in this blog, to see what he’s eating these days).

About three days ago, too tired of waking up in the middle of the night, I decided to try and “sleep training” him. I’ve been including the reading of a story and music to the nightly ritual, so this time I was set on putting him down drowsy and not taking him out of the crib again. And All Hell Broke Loose. First he thought we were playing, so he started crawling all over the bed and making funny faces to me. I tried to show him that outside it was dark and it was time to go to bed, and he felt we were playing a game of peek-a-boo with the curtain. When I was not playing along with all his cuteness, he stood up and started complaining. I tried to gently lay him down and coax him to sleep, rubbing his back. He was not having it. I talked to him and told him it was time to go to bed, and that I was going to stay with him, but all he wanted was to be held. I left for a bit to see if that did the trick, but he just got wound up and in a full blown tantrum. My husband tried to comfort him, but it didn’t work either. We had gone so far with it that we decided that taking him out of the crib was going to be counter-productive… but the guy just screamed and got super mad, and the tantrum lasted for a whole hour. He finally keeled-over and passed out. Then he had a fitful night sleep.

I decided to scour the net for information on sleep training and methods, as that was something I did not want to go through again. I was not trying to go with the cry-it-out method, and that’s exactly where we had ended up. Sleep training our daughter was a completely different story, as she slept through the night from a very early age and had her thumb and her toy lambie to soothe her… this guy will not have anything but me. I’ve given him the pacifier and his little doggie, and he literally throws them away from him when he wants to be held. After much reading I decided that what I had been doing before – cuddling him and putting him down after nursing – was just the best thing to do. I’d been creating a positive bedtime experience and a nurturing relationship between us. So I decided to just go back and do what I’d been doing before. The funny thing is that for 2 days in a row Tiny A was just terrified of sleep-time, in fear we’d repeat “sleep training” again. I’m aware that we have to figure out a way to change the ritual once I wean him, and specially if someone else but me will put him to bed… but now I know I should just rely on my own instincts and stop reading all the sleep training advice that is out there…

Worked in film and TV for several years before having my two wonderful children. Now I try to bring that creative input into my home to raise my kids. Hope you enjoy following this journey!
View all posts by Erika →
Tagged  Baby.
Bookmark the permalink.