Nutella Brigadeiros and Folktales From Brazil 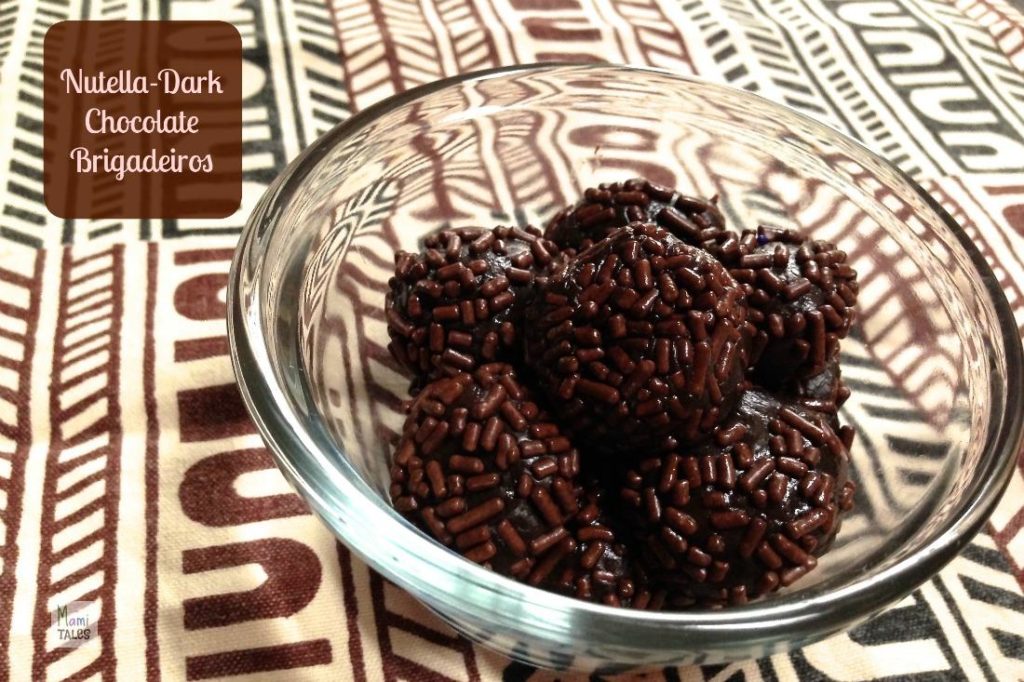 As promised a couple of weeks ago, after making the Egyptian Tiger Nut Sweets, I found a recipe to make Brazilian Brigadeiros with the girls. This is probably the best known Brazilian sweet, always found at children’s birthday parties and family celebrations. Its origin dates from around the time of WW2, when access to fruits and sweets was rather limited. People got creative, so using condensed milk (introduced to Brazil in the 20’s), cocoa powder and butter they concocted the now famous bite-sized fudge ball. The sweet got its name after Brigadier Eduardo Gomes, a hero of the Copacabana fort revolt of 1922. He ran for president in 1945 under the slogan “Vote for the Brigadier, who’s good looking and single.” That was the first time women voted in Brazil, but unfortunately for the Brigadier, the only thing he won was a very popular sweet. I looked for several different recipes, and mainly they all come to these basic steps: cooking sweetened condensed milk with butter and cocoa powder, then waiting for the mix to cool off and then rolling them into small balls that are then covered with chocolate sprinkles (or other type of cover, such as coconut, nonpareils, etc). I decided to try out and make ours with the ingredients I like. So, here’s our recipe for Dark Chocolate and Nutella Brigadeiros. 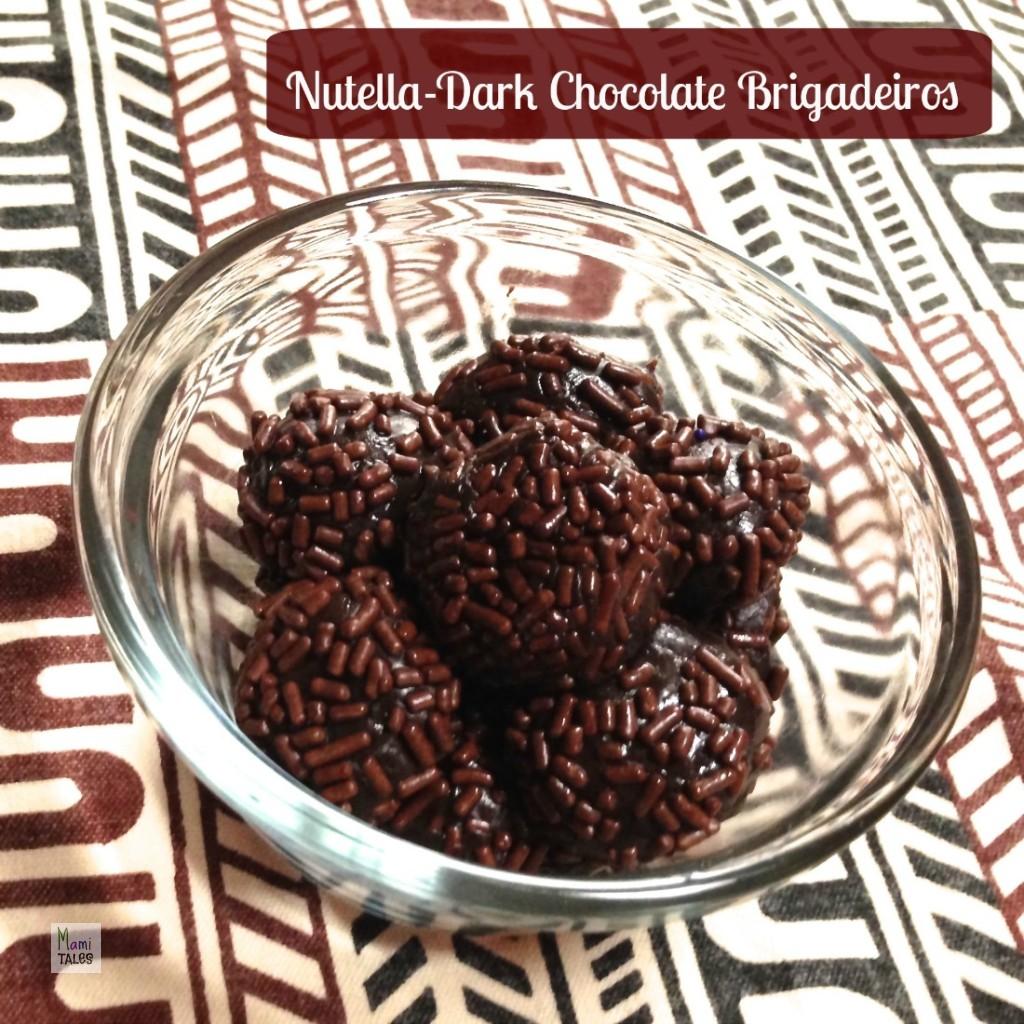 Serves 20
Bite-sized chocolate very sweet truffles. A chocolatey bomb that explodes in your mouth!
Write a review
Save Recipe
Print
Prep Time
5 min
Cook Time
10 min
Total Time
1 hr
Prep Time
5 min
Cook Time
10 min
Total Time
1 hr
Ingredients
Instructions
By Erika Grediaga
Adapted from From Brazil to you
Adapted from From Brazil to you
Mami Tales http://mamitales.com/
This time I also tried to find a good book on Brazilian Folktales to recommend and go with these delicious chocolatey nuggets. I found Brazilian Folktales by Livia de Almeida and Ana Portella, which is a pretty large collection of many Brazilian Folktales throughout Brazilian history. It has a fabulous prologue where it talks about the word of mouth storytelling tradition of Brazil. It also talks about how the native Brazilian, European and African traditions have been blended and shaped into what now is Brazilian lore. The story I chose for this class was The Star Fate of the Bororo Boys, which tells a story of how a bunch of little kids end up going to extremes in order to eat sweet things intended to be tasted by grown men only — and end up turning into the stars high above, in order to escape punishment from their mothers. You can read the prologue and see a free sample of the book by clicking on the book’s cover. 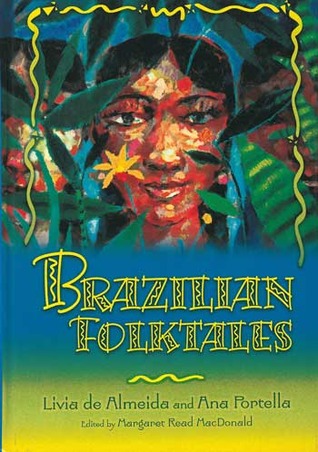 I also found another website with stories and tales from around the world, with some of the traditional Folktales indexed in the book. You can read them here, at Fairy Tales and Folklore.  So snuggle up with these fabulous Brazilian Nutella Brigadeiros and read this wonderful stories about how the world came to be according to Brazilian tales!