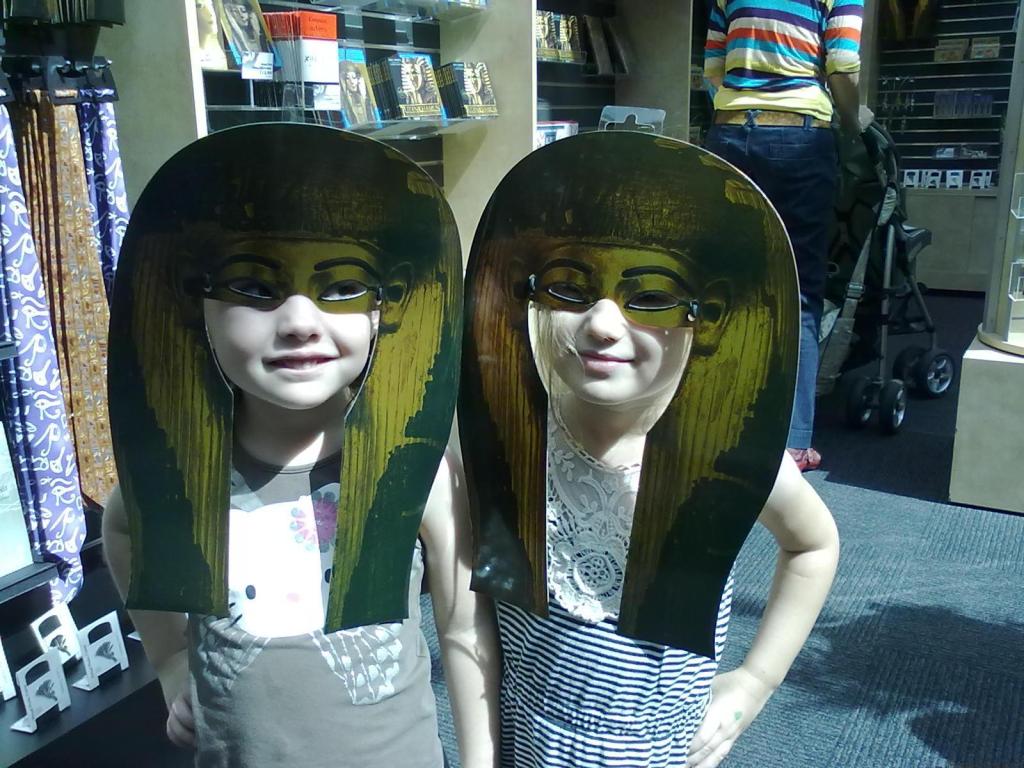 About a year and a half ago, Little Miss I took an interest to history when we took her to the Getty Villa in Malibu. There was an exhibit on art inspired in Pompeii, and she was taken by the casts made out of people buried in the ashes. Seeing how interested she was in it all, I decided to steer her obsession for Disney princesses into real life historical figures: so, Cleopatra entered into our lives.

We did research together. We went to the library and put holds on  books, we watched movies, documentaries and read what we could find (child appropriate) on Cleopatra and the ancient Egyptians. Unfortunately the options were not that many. Fortunately, LACMA was showing that summer “Cleopatra: the exhibit,” with hidden treasures rescued from the submerged city of Alexandria. After that, her awe just grew more and more. That Halloween she decided to be Little Miss Cleopatra: 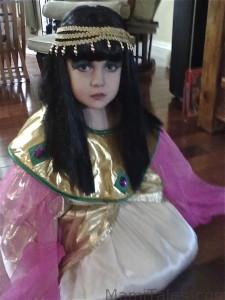 Life gave her passion for Egyptian history a little break (starting Kindergarten, getting a new brother, learning to read and write…), but recently she got back to it thanks to a new mystery that was bugging her: What happened to the Sphinx’s nose?

Again, we looked into documentaries from National Geographic, which she sat through without a peep. We found another couple of books, and this time she drew a pretty cool picture and even wrote a little bit of her findings herself: 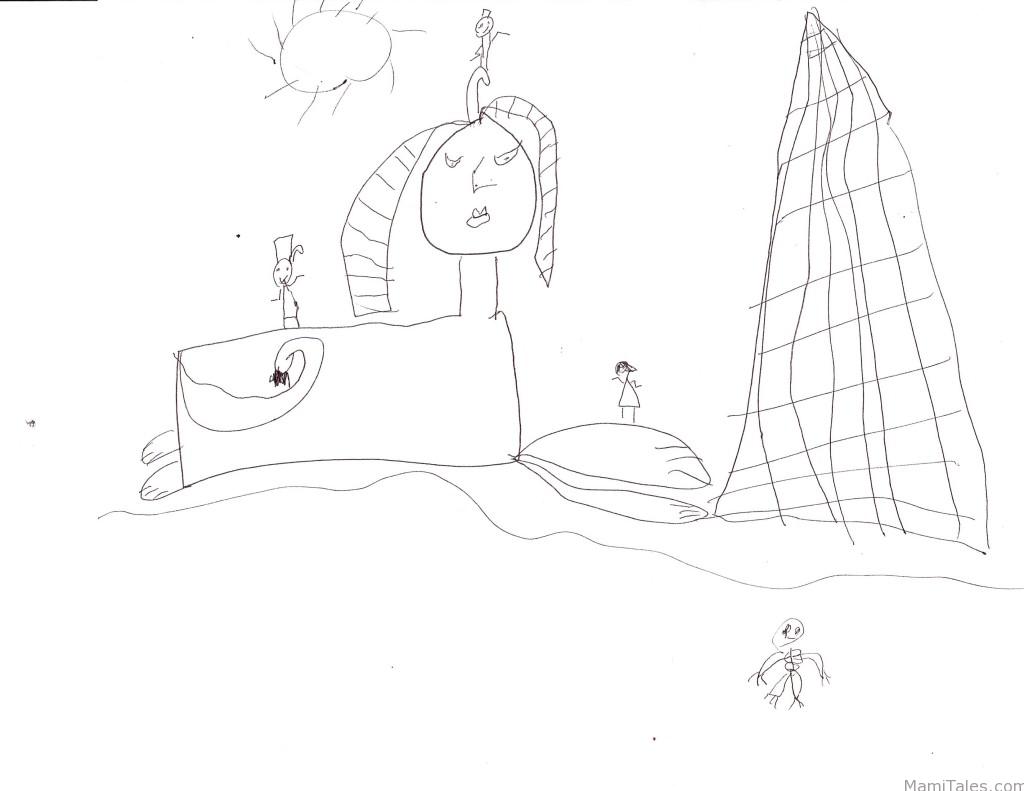 “The Sphinx is Egyptian from every Pharaoh, but no one knows who designed the Sphinx, and mostly everyone thinks it was Khufu, but that was wrong. Egyptian history is interesting.” (I corrected some of the spelling, but that’s what she wrote, verbatim.)

In the drawing you can appreciate the bones interred under the pyramid, Nefertiti on one side, Cleopatra on the other, and Khufu on top of the  Sphinx.

It’s been a real delight for me to see her interest in history blossoming. She loves stories, and the fact that those stories were real makes them particularly powerful for her. She’s trying to come to terms and understand why there were slaves, and why the pharaoh’s would treat other human beings like animals, but she’s also intrigued by how the art, the architecture and the writing developed and flourished in ancient Egypt. It’s amazing to see how she deals with the information and how much she learns about human nature through all these findings.

Seeing how much she and I have been enjoying this trek through time, I believe that we can take our daughters interests in fairy tales and princesses and find a twist on how to expose our little ones to other things that will help them grow intellectually. I am a firm believer in the power of fantasy, and parallel to the Disney throng of princesses I’ve always made sure to expose Little Miss I to original and diverse tales and fairy tales from around the world. But to be able to ground that magic into real-life models I trust will help her develop into a 21st century thinking woman, not a frail princess in distress. I do hope she carries on with her love for research and her curiosity for learning is never quenched.

Worked in film and TV for several years before having my two wonderful children. Now I try to bring that creative input into my home to raise my kids. Hope you enjoy following this journey!
View all posts by Erika →
Tagged  Inspiration for Kids.
Bookmark the permalink.