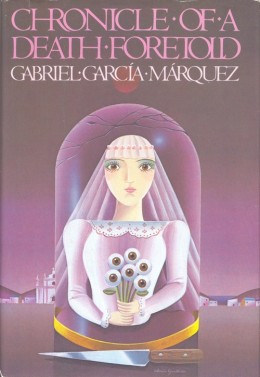 On April 17th, the great Gabo (as most people called him) left forever to his magical town of Macondo. With the news of his demise I had a chance to remember all that I owe this Nobel laureate, both for my own writing style and my love for literature.

My first encounter with Garcia Marquez’ magical realism world was when I was 12 years-old and was just in 1st grade of secondary school (out here in the US would be 6th grade), thanks to my literature teacher — he was one of the best teachers I had throughout my childhood and early teenage years. The book I read back then was “Chronicle of a death foretold,” which did have quite an impact on me. I still recall Santiago Nasar and the deflowered bride’s brothers claiming vengeance for her lost honor. The detail of one of the brothers stabbing Nasar on the armpit as if he were a pig is something I still remember, etched in my memory. I guess that is also helps that around that time I learned that my great-grand father’s full name on my mom’s side was Ramón Santiago Kuri Nasar (he did die of a heart ailment, but not thanks to the aid of a knife). Garcia Marquez’ world captivated me to such extent that I perused my mom’s library until I found another of his books, “”The incredible and sad tale of innocent Erendira and her heartless grandmother.” Who could resist picking up a book with such a title? I devoured it in just a few days.

As time went by, I also read “100 years of solitude,” “The General in his labyrinth,” “No one writes to the Colonel,” and last year I finally read “Love in the times of Cholera.” I have not read all of Garcia Marquez’ books, and I might have forgotten some I did read… but these are the ones that left a clear impression in me.

It is curious that Garcia Marquez passing itself, due to his long illness, was a sort of chronicle of a death foretold… the internet “killed” him in hoaxes several times. Unfortunately, this time it was for real. The master didn’t live to be one hundred years, but fortunately the years he did live among us were not of solitude. Rest in peace, one of the greatest, Don Gabriel Garcia Marquez, and my heart goes to his family and friends. And to celebrate his life, I think I’ll re-read his works to honor, remember and renew my passion for literature and magical realism.

Worked in film and TV for several years before having my two wonderful children. Now I try to bring that creative input into my home to raise my kids. Hope you enjoy following this journey!
View all posts by Erika →
Tagged  Book reviews, mourning.
Bookmark the permalink.