Discovering the Science of Yeast 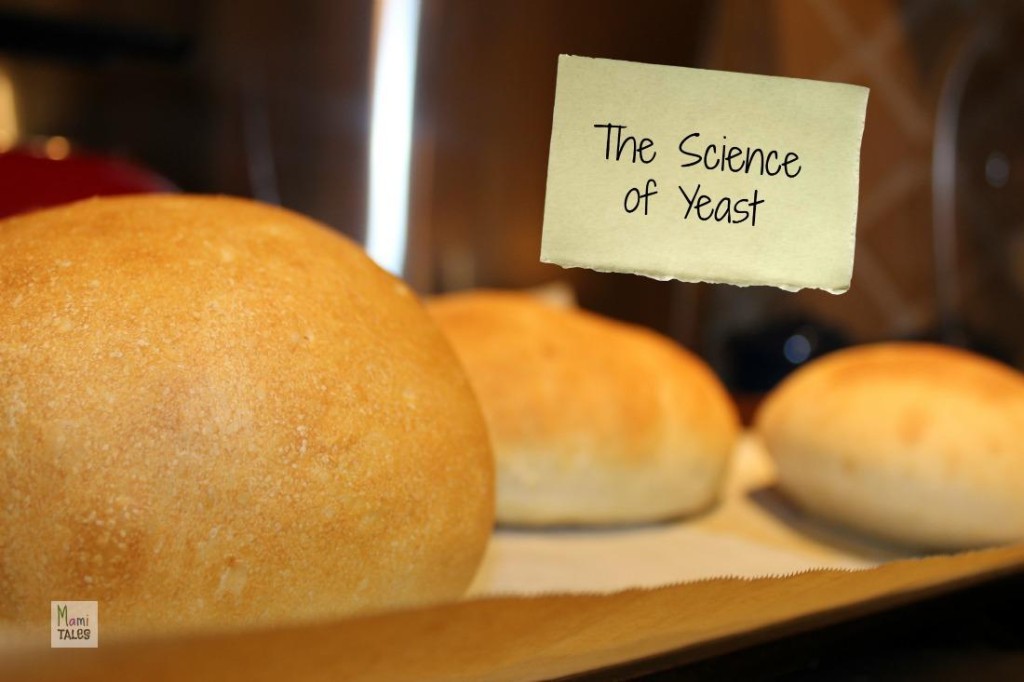 It’s been a long time since we last had Make Day and cook up some science experiments for the kids, so we decided to literally cook this time and explore the Science of Yeast. To do so, we planned to do the same bread recipe 3 times, just changing the type of yeast we would use and see what the differences in rising time, texture and flavor were. 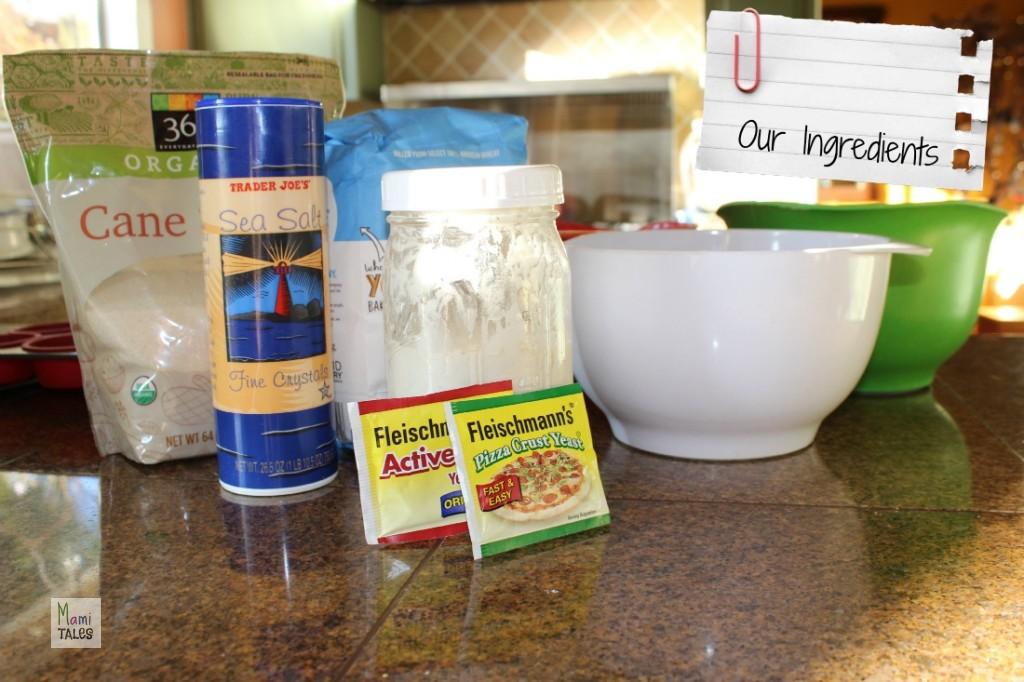 For the sourdough, the started counted as half water-half flour. So we just added more water and flour to have the 240 ml/240 gr. Once the water and flour were combined, we mixed the rest of the ingredients, then let rest covered in the bowl.

For the instant yeast, we combined the flour, sugar and the yeast, then added the water. Once the whole mixture was well incorporated, we added the rest of the ingredients. We let it rest for a little bit, then shaped into three little 65 gr rounds to place on the baking cups. 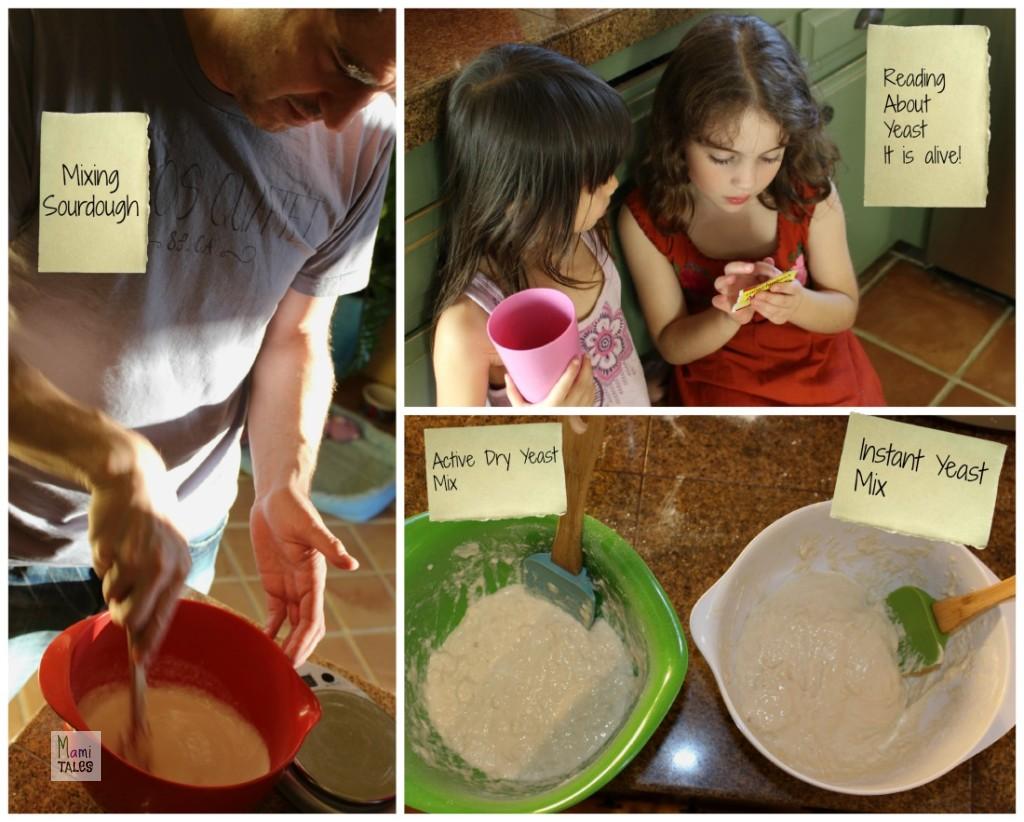 The girls also read about the yeast, and found out that it is alive and needs to be fed in order to grow! Yeast is a microscopic fungus consisting of single oval cells that reproduce by budding, and are capable of converting sugar into alcohol and carbon dioxide. 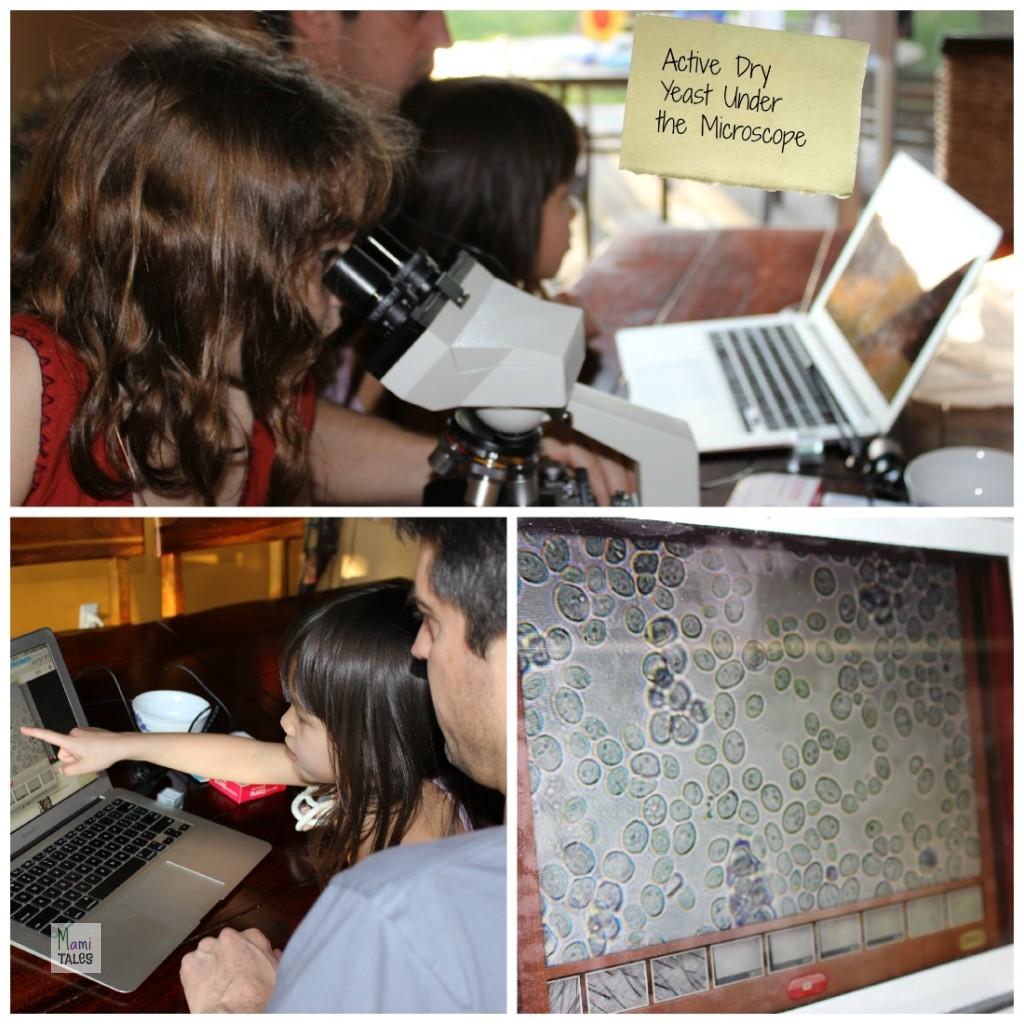 We could indeed see the yeast and some of it moving very clearly! We took some more samples of the sourdough and the instant rise to see how they looked like.. Here’s a link to the microscopic image gallery with pictures and videos. About an hour later we checked the first slide we took, and the entire sample was bursting with yeast that didn’t even have any more space to grow.

Back in the kitchen, we did separate 65 gr balls of the Active Dry and Sourdough mix as well, to rise on the baking cups. The texture of all three mixes was very different. The Instant yeast was very springy and soft to the texture, very easy to work with. The Active Dry was a little stickier. The sourdough was very sticky and hard to work with.

We waited for a long time, but the sourdough never rose at the same height as the rapid rise and the instant yeast.

We also made the rest of the dough into three round boules. The muffin cups we baked at 425ºF for 13 minutes. The boules we left in there for 30. 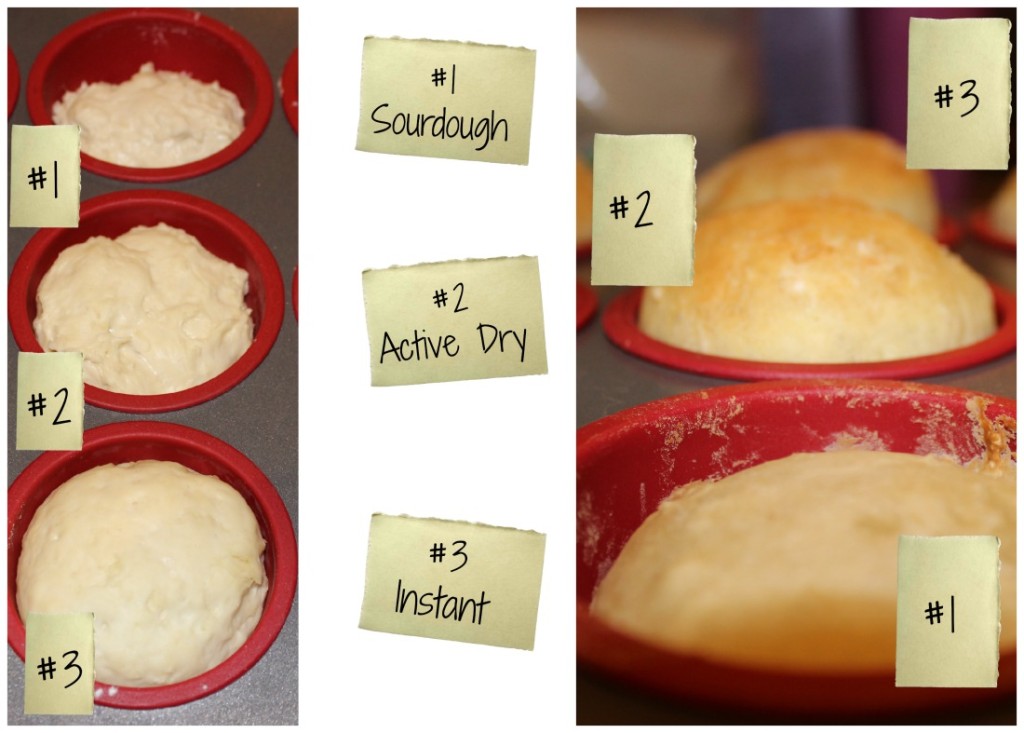 Once baked, the rapid rise and the Active Dry rose pretty much the same. However, the taste was very different.

The Instant yeast was sweeter than the rest. It also had the spongiest texture.

Active dry had a saltier taste. It did have a spongy texture, but a little heavier than the instant yeast.

The sourdough had a very good flavor, but the texture was thick and almost uncooked. 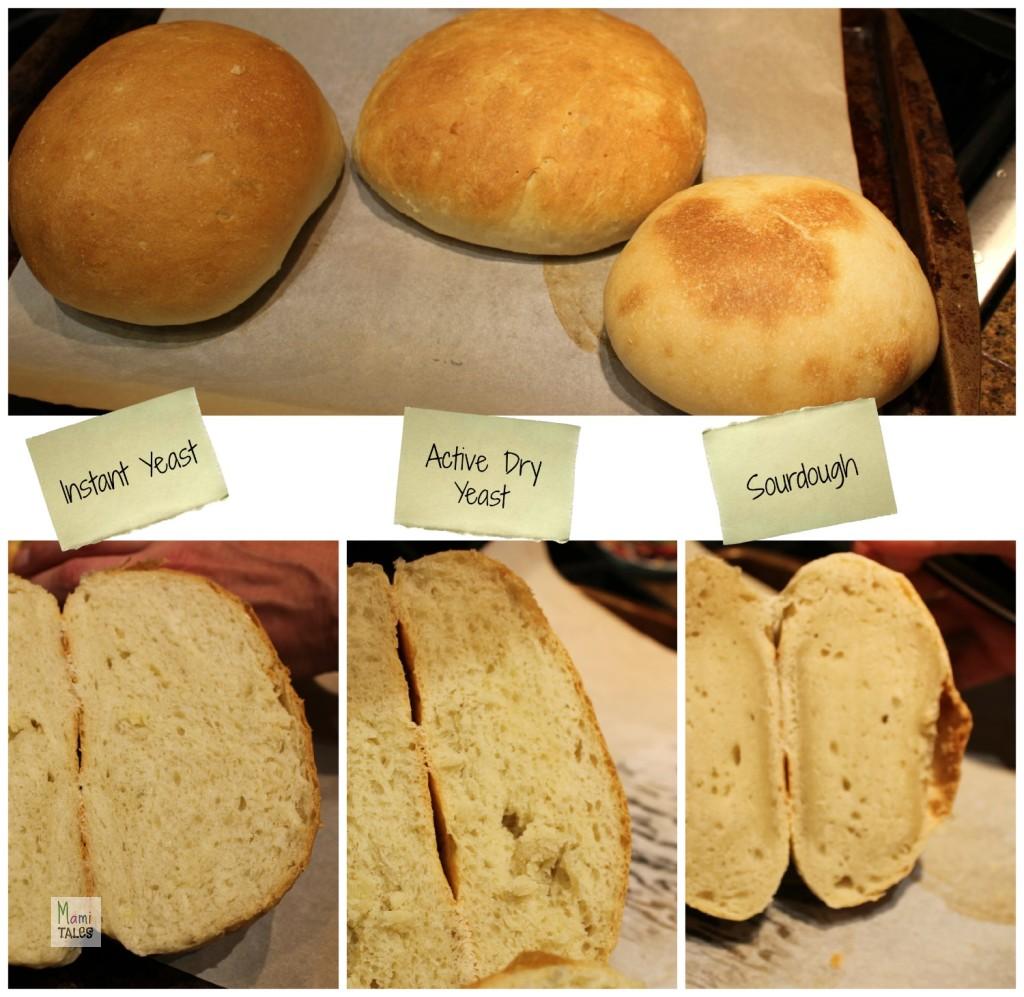 The girls were very happy eating the bread, but as the rising takes such a long time, by the end of the experiment that had pretty much lost interest. I guess that to have this be a hit with smaller kids, you have to start doing the bread a lot earlier!

In any case, as a baker, I learned a lot about the different types of yeast and their effects. The science of yeast is definitely fascinating! Now, I have to figure out how to tackle the sourdough…

Worked in film and TV for several years before having my two wonderful children. Now I try to bring that creative input into my home to raise my kids. Hope you enjoy following this journey!
View all posts by Erika →
Tagged  Baking and Cooking, Cooking with Children, Inspiration for Kids, Science for kids.
Bookmark the permalink.