The King’s Ransom, by Cheryl Carpinello 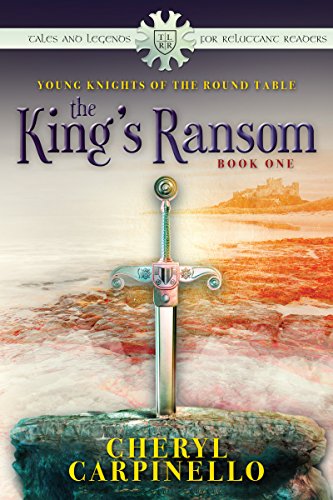 Answer the hero’s call to Adventure with the Young Knights of the Round Table on their Quest.

In medieval Wales, eleven-year-old Prince Gavin, thirteen-year-old orphan Philip, and fifteen-year-old blacksmith’s apprentice Bryan are brought together in friendship by one they call the Wild Man. When an advisor to the king is killed and a jeweled medallion is stolen from the king’s treasury, the Wild Man is accused of the theft and murder. Filled with disbelief at the arrest of the Wild Man, the three friends embark upon a knight’s quest to save their friend’s life. To succeed, the three must confront their fears and insecurities, and one of them will have to disclose the biggest secret of all. Join Gavin, Philip, and Bryan on their quest and share the adventures that await them in the land of King Arthur and his Knights of the Round Table.

Cheryl Carpinello’s “The King’s Ransom” is an action-adventure historical novel. In it we have three main characters who make a pact to save a mysterious man accused of thievery and murder. The three friends, Gavin, Phillip and Bryan, couldn’t come from more different backgrounds; a young prince, a stable boy and a blacksmith apprentice respectively, these kids are united by a true friendship. Attempting to clear an innocent man’s name, they embark in an adventure that will confront them with their deepest fears. They need to grow and vanquish their own demons in order to find the real culprit and exonerate their friend.

I found the book very agile and interesting. I think the wording and the adventures are perfect for younger readers, and the subject matter will be very appealing for both girls and boys. There is a big reveal in the end, which makes it even more appealing for both genders, but I will not do any spoilers here… you have to read the book! Carpinello’s writing style is fluid and easy to read, which will make even the most difficult readers get engaged in this characters and their story. The themes and personal journeys of our main characters will definitely connect with children of even elementary school age. Set in Arthurian England, this is a great way to introduce children to the mysteries and appeal of history.

Note: I received a complementary copy of this book in exchange for my honest review.

Gavin’s gaze was drawn back to the castle’s battle-scarred walls and the heavily armed guards. The evil emanating from the structure surrounded and held him captive, like a lone deer surrounded by hungry wolves in the dead of winter, unable to move, its eyes glassy with fear, its limbs frozen by the hypnotic gleam of the wolves’ yellow eyes. Even knowing its life was ending, the deer wouldn’t break and run. So Gavin sat frozen in front of the castle.

The enormity of his quest enveloped Gavin and he sighed. Continuing on meant he might save the Wild Man, but he might put himself in danger as well. King Edward was his father’s enemy and possibly responsible for Aldred’s murder. If Gavin were caught, Edward wouldn’t treat him kindly. The young prince summoned his courage and focused on the Wild Man. It had seemed so simple last night in the company of Bryan and Philip. 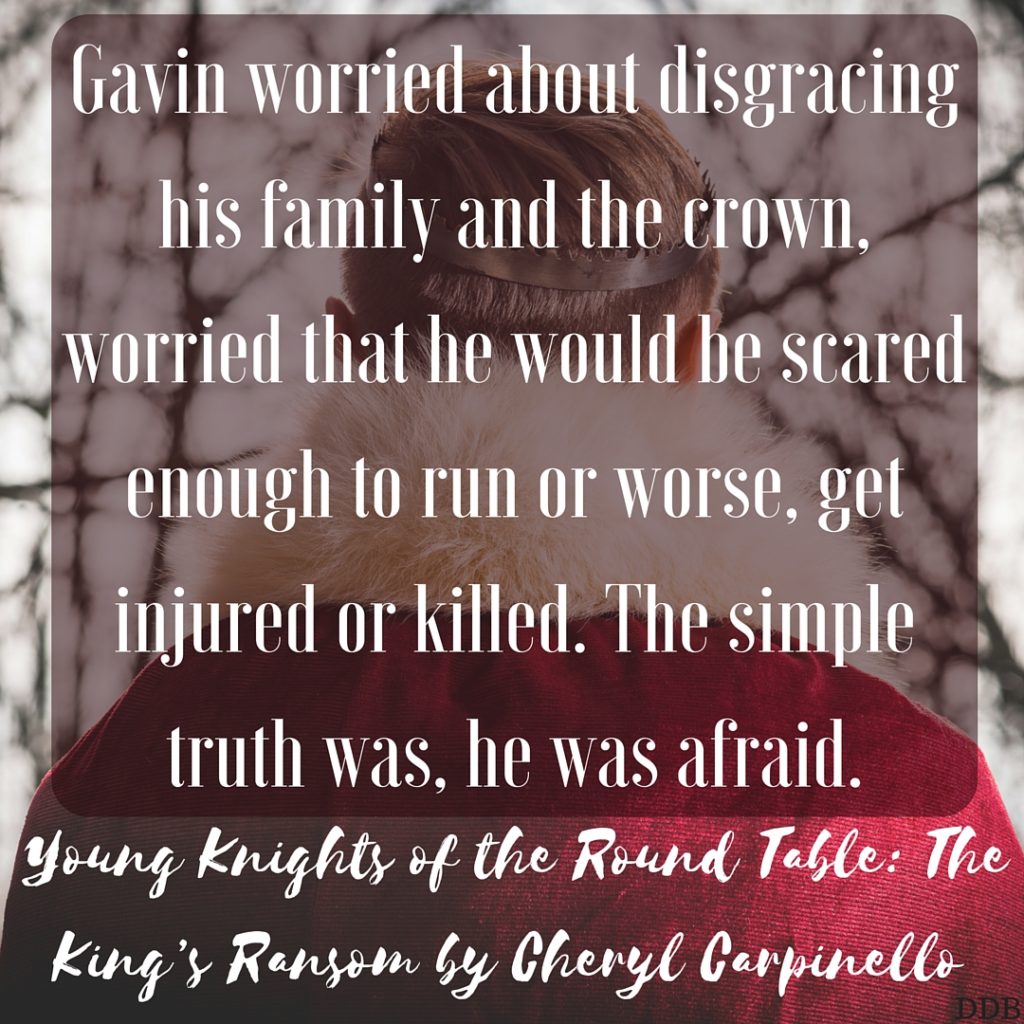 Looking at the stack of chopped wood, he smiled sadly. Two years ago he would never have dreamed he’d be here, chopping wood for food and a dry place to sleep. He shook his head at his thoughts, his shaggy, ill-cut black hair falling unevenly across his forehead. Two years. It seemed like forever.

As autumn slipped into winter, Benjamin hadn’t gotten better. His tiny body burned with fever. Those last few days when Philip held him, the heat coming from Benjamin threatened to slowly engulf him like the embers of a dying fire.

In the five years he’d been James’s apprentice, Bryan had learned a lot. He made a sturdy sword, so James said. Two years still remained in his apprenticeship. Two long years.

Like most sons of tradesmen or farmers, his family had secured this apprenticeship early on. At eleven, he and his father had made the three-day journey south to the Pembroke Castle blacksmith. At first, the prospect of being away from home, on his own, and learning a respectable trade, was exciting. More importantly, it allowed him to see and talk with real knights.

He spent every day learning how to forge stronger swords, tougher armour, how to shoe horses, and even make pots and pans. It was a satisfying trade and one that would ensure him a livelihood. But Bryan didn’t want just a livelihood. Even now, only two years away from completing his apprenticeship, he still couldn’t see himself working with metal for the rest of his life. As long as he could remember, he had wanted only one thing: to be a knight like Sir Lancelot. 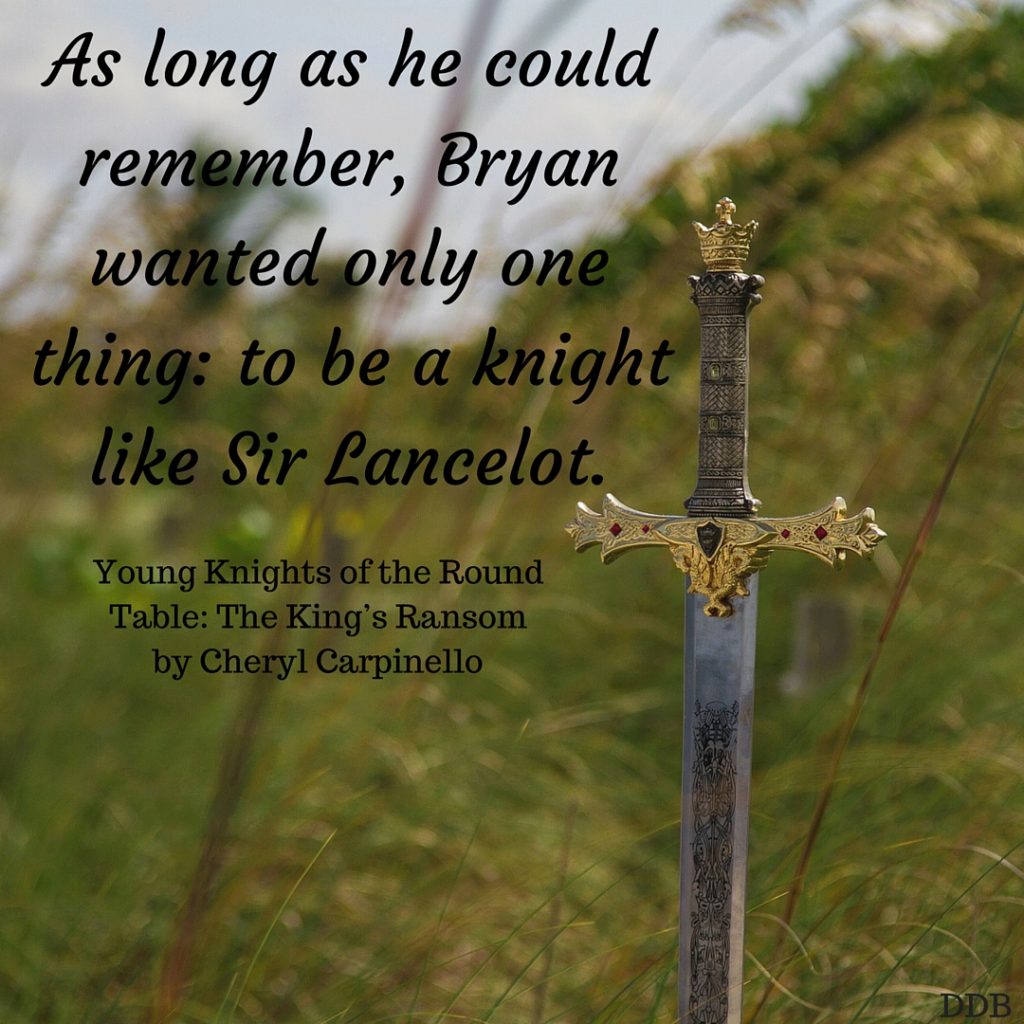 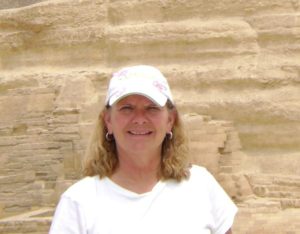 Cheryl Carpinello is a retired high school English teacher. A devourer of books growing up, her profession introduced her to writings and authors from times long past. Through her studies and teaching, she fell in love with the Ancient and Medieval Worlds. Now, she hopes to inspire young readers and those Young-at-Heart to read more through her Tales & Legends for Reluctant Readers set in these worlds.